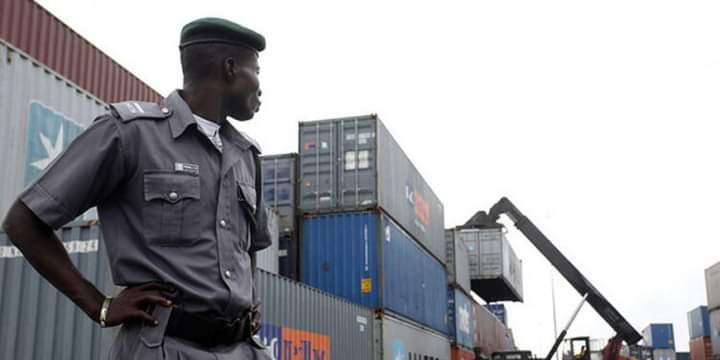 The Apapa Command of the Nigeria Customs Service (NCS) has intercepted tramadol, codeine syrup and other prohibited items worth over N1.143 billion in the first quarter of the year 2022.
Speaking during a press briefing at Apapa Port, the Customs Area Controller of the Command, Comptroller Yusuf Malanta Ibrahim, said anti-smuggling activities have been a matter of Central concern in the command, particularly with the activities of recalcitrant traders who are always looking for ways to undermine Custom’s system.
According to him, the enforcement unit has been strengthened through strict monitoring, enhanced collaboration and sharing of credible intelligence with relevant government agencies to suppress smuggling activities to their barest minimum.
“Thus, the command recorded 46 seizures of various items with a duty paid value of N1.142 billion as against 28 seizures made in the corresponding months of the year 2021.
“The seized items include unregistered medicaments such as tramadol and codeine syrup, unprocessed wood, used clothing, footwear, foreign parboiled rice and other sundry items that fall under the prohibition list. These importations are in clear contravention of sections 46 and 47 of Customs and Excise Management Act (CEMA) CAP C45 LFN 2004”, he added.
According to Ibrahim, in the first quarter of the year 2022, the command generated N264.536 billion in revenue into Federal Government’s coffers within the period under review, which shows a significant increase of N104 billion as against N159 billion collected in the corresponding months of the year 2021, representing an increase of 65.7 per cent in revenue.
“This feast was made possible because of our officers’ creativity and leveraging on the service IT platform to ensure all revenue leakages have been mitigated, as well as sustaining the level of compliance by the importers/stakeholders in the clearance value chain”, he said.

Related Topics:Nigeria Customs
Up Next