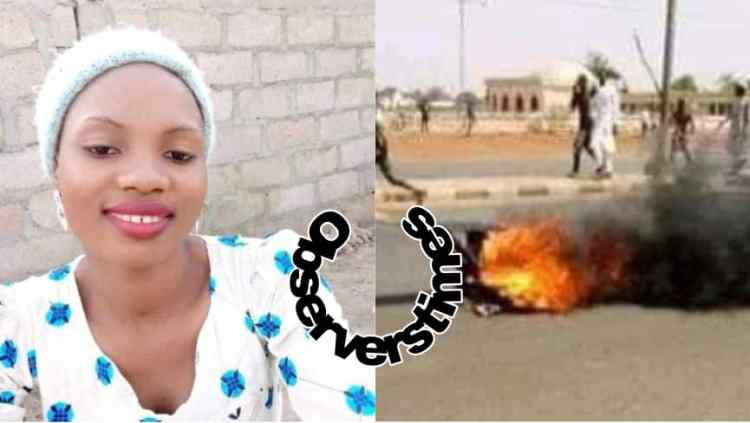 A female student of the Shehu Shagari College of Education, Sokoto, has been beaten and burnt to death by a mob for alleged blasphemy. The horrific incident occurred on Thursday, May 12, when the lady, who is claimed to be a Christian, allegedly abused Prophet Muhammad (SAW)

Ms Deborah, who was only identified as the deceased, was accused of making derogatory remarks about Prophet Mohammed on campus. According to a student who witnessed the incident and provided preliminary details , she was immediately evacuated to the school’s security post after immediate threats to her safety. However, the mob pursued her to the security post, where they overpowered the guards.