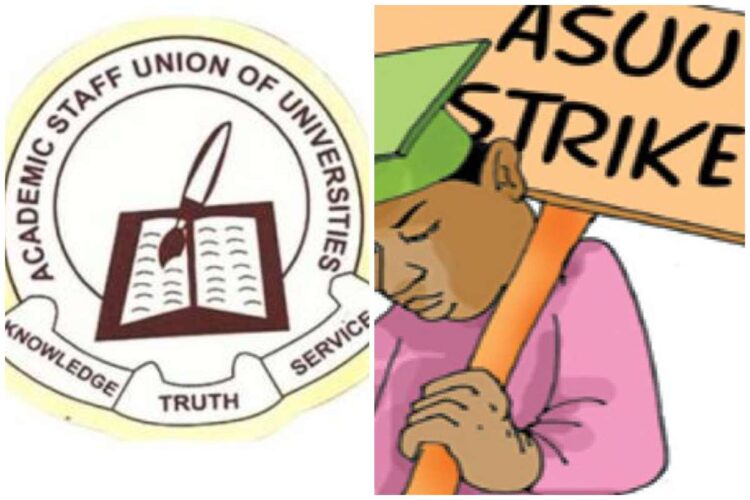 The decision was taken at an emergency National Executive Council (NEC) held at ASUU Secretariat in Abuja.

A statement signed by ASUU president, Prof. Emmanuel Osodeke, said this was to give the government enough time to satisfactorily resolve all the outstanding issues.

The emergency meeting, which had in attendance principal officers and branch chairmen, started on Sunday and ended early Monday morning.

The two month rollover strike declared in March 14, 2022 by ASUU ended today (May 9th), thus NEC felt the need to extend it by 12 weeks after initial agitation for indefinite strike because of failure to address the issues in contention.

The implication of the extension of the strike is that public universities would remain close.

At the last meeting with government negotiation team led by Prof. Nimi Briggs, ASUU officials worked out but there is indication that the both parties would meet next week.

ASUU’s demands include the non-implementation of the Memorandum of Action (MoA) signed with government in December 2020 on funding for revitalisation of public universities (both federal and states), renegotiation of the 2009 FGN/ ASUU Agreement and the deployment of the University Transparency and Accountability Solution (UTAS).