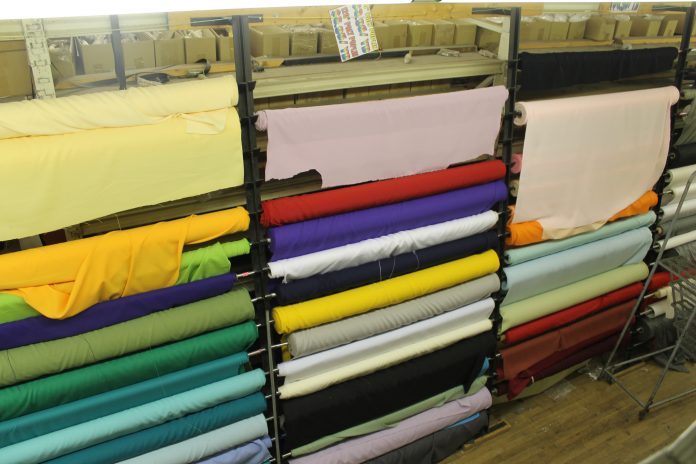 The Senate, on Tuesday, appealed to the Federal Government to ban importation of textiles in the country for a period of five years to allow for the production of local textile materials.

This followed the debate on a motion sponsored by Senator Kabir Barkiya (APC-Katsina Central) during plenary on “Urgent need to revamp the nation’s comatose textile industry”.

It also called on the government to encourage local textile manufacturing companies by providing them with soft loans and easy access to credit facilities through the Bank of Industry.

Debating the motion, Barkiya noted that the textile industry in the country played a significant role in the manufacturing sector of the Nigerian economy with a record of over 140 companies in the 1960s and 1970s.
“The textile industry recorded an annual growth of 67 per cent and as at 1991, employed above 25 per cent of the workers in the manufacturing sector.

“The textile industry was then the highest employer of labour apart from the civil service.” He noted that the industry had witnessed massive decline in the last two decades with many textile companies such as Kaduna Textile, Kano Textile and Aba Textile among others closing shops and throwing their workers into the job market.

The lawmaker further said that government policies like increase in taxation, high cost of production, trade liberalisation resulting in massive importation of textile materials had negatively affected the production of local textile materials. Barkiya said that the resuscitation of the industry would provide additional revenue and assist government to diversify the nation’s economy.

Contributing, Sen. Robert Boroffice (APC-Ondo North) said that the importation of textile materials was as as a result of the comatose level of the textile industry.

“The closure of our borders is an eye opener. China closed its borders for 40 years for its industrialisation and development.
“I believe that the closure our borders should be extended to allow us put our house in order.” Boroffice, who is the Deputy Senate Leader, said that the extension of the closure of the borders would serve as an opportunity to resuscitate the textile industry among other industries that had been characterised by smuggling.

Senator Eyinnaya Abaribe (PDP-Abia South), who disagreed with Boroffice on the fact that the closure of the borders would help revamp the industry said that “closing the borders and doing nothing will not lead to increase in production of textiles.

“The real problems have been indicated; first, is the fact that we are unable to produce the cotton that we need.

“But far more important is the fact of power. Power was the key problem that made most of the textile mills closed.
” Once it became very difficult after 1982 for industries to be supplied with power and they needed to switch over to now produce their own power in order to do production, it became a lose, lose situation for most of the industrialists.”

Abaribe who is Senate Minority Leader, called on the Federal Government to do the fundamental to ensure that the smuggling of textile products was done away with.

Similarly, Sen. Gabriel Suswam (PDP-Benue North-east) said that without power, no meaningful profit would be realised in any manufacturing industry in the country.

Suswam who called on the government to address the issue in the power sector said that if this was done, the manufacturers would be able to make profit.

In his remark, the President of the Senate, Ahmad Lawan said that as Nigeria had signed the Africa Continental Free Trade Agreement, “we have to be prepared for the repercussions.

“We cannot stop trading easily with other people. We have to up our game; we need to be competitive,” Lawan said.