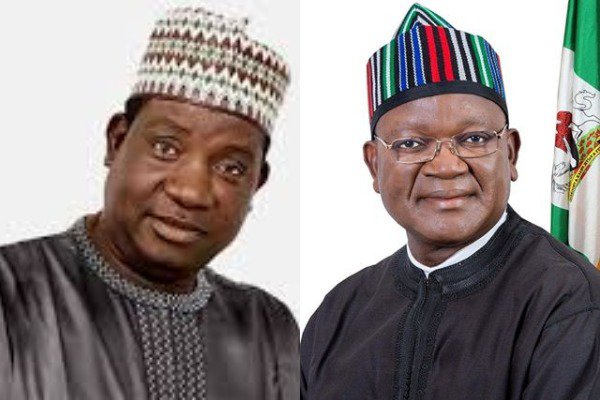 Ortom said Lalong’s claim that he warned him (Ortom) against signing the anti open grazing bill into law was a cheap blackmail.

Reacting to Lalong’s claim, Ortom said the Plateau governor does not have the right to warn him because he was not his staff.

His words, “How can you warn me? Am I the governor of Plateau State, Or am I his staff? Do I work for him? I’m Governor of Benue State, and my responsibility is to do what my people want. That is what democracy is.

“So when you and castigate people about because you were induced by someone, and you come out to make those kind of statements, then it’s unfortunate.

“Remember, this is the same man, a double standard person, who told me when I visited Jos three weeks ago, he told me that he is under pressure by his people to do the same law that I did in Benue State. He told me this, he never warned me anywhere. He’s just trying to use that to blackmail me, what crime have I committed.”

Ortom continued: “Is this how we want to continue as a country? Where some people are given privilege to be lawless?”

“Atiku Abubakar Will Be President For All” …Atikunation DG, Fatee Muhammed

2019: ‘You have no conscience’ – Shehu Sani carpets Northern govs for endorsing Buhari