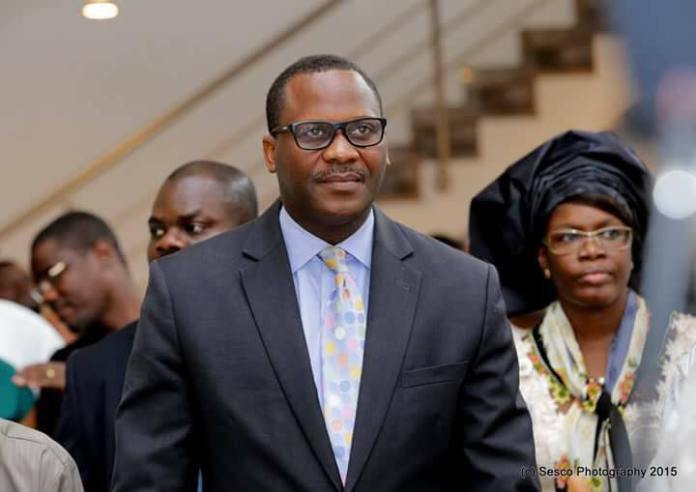 Barr. Babatunde Adekunle Irukera is a household name in Kogi State political scene. His foray into politics can be dated back to 2010 when he supported a respected professional senior colleague and then in 2015 when he was a gubernatorial aspirant under the platform of the All Progressives Congress (APC). He later jettisoned that dream in the collective interest of his party to coordinate some parts of President Muhammadu Buhari’s campaign around 33 states of the federation.

Tunde Irukera, a great team player, was partly instrumental to the landslide victory the APC recorded in Kogi state in 2019. He reconciled the factions within the party and built consensus towards the APC’s victory.  His incredible hard work was fruitful as quite unexpectedly, APC won Kogi State with a landslide, with a PDP sitting governor.

Tunde Irukera is currently the Director General, Consumer Protection Council of Nigeria (CPC). Since his appointment to the council, CPC is better positioned now than a year ago when he was appointed.  The council now receives far more, and resolves much more individual complaints now than before. Also, there were seven offices when he was appointed. He established an additional one in Kano and still looks forward to establishing more. One of his greatest aspirations is the creation of a CPC office and training location in Kogi State.

Born on the 4th of September 1968 in Kaduna state, Irukera hails from Egbe, Yagba West. He studied law from the prestigious Obafemi Awolowo University, Ife and upon graduation in 1989, he proceeded to the Nigeria Law School in Lagos in 1990.  In 1995 he proceeded to the United State of America, where he carved a niche for himself as a successful Immigration expert in 1996 after passing the Washington State Bar examination at first sitting, a year after arriving America. In 1997, he started a partnership ( Thomas & Irukera) which ultimately become Partners, Attorneys & Counselors, both in Chicago.

The legal luminary returned to Nigeria in 2006 to continue his professional career and became a founding and Managing Partner of SimmonsCooper Partners, now a leading law firm in Nigeria. So far, he has had a very successful career, winning many leading and landmark cases. Many of which are in the U.S, where he handled a case for black workers who were subjected to racial discrimination and a hostile work environment in a Fortune 500 company. The case went on appeal, he succeeded on appeal and the case ultimately settled in favour of his clients. It’s a major case and a reference point in employment discrimination cases in the U.S.

In Nigeria, Babatunde  Irukera represented the Federal and Kano state government in a major case against Pfizer for using Nigeria children in Kano as Guinea Pigs to test run a polio drug which caused deaths and other unbearable consequences on the affected children in 1992. The pharmaceutical giant, because the overwhelming evidence established against it by Irukera and his team, pleaded and secured the largest settlement in the history of Nigeria by compensating the victims and constructing a world class infectious disease hospital in Kano.

In another landmark case, Irukera represented a class of investors against one of Nigeria largest bank and secured judgment that subscribers should be fairly treated. Very important case as it was the only class action in the judicial process and it provided remedy for every single subscriber. The list of his success story as a lawyer are endless, little wonder the people of Kogi West are clamouring for him represent them at the Senate, so he that could give qualitative representation and in turn attract development to the Senatorial District.

One of his celebrated case was which the Nigerian government launched a $43-billion lawsuit against three multinational cigarette manufacturers it accuses of trying to hook young Africans on tobacco, to replenish a market that is dwindling in the West and and attempts to influence lawmakers to keep tobacco sales unregulated, the companies are the British American Tobacco (BAT), Philip Morris and International Tobacco. Babatunde Irukera  was the  Federal Government lawyer in the case. The companies questioned the massive sums demanded by the government and say the case “has no merit”.

However, Irukera proved them wrong and went ahead to establish a case against them with a dossier of evidence that runs to 3,000 pages consisting of internal company e-mails discussing how to target children and influence lawmakers in Nigeria. “If this case gets to the evidence stage, the companies are dead on arrival,” says Babatunde Irukera, the case eventually settled out of court in favour of the government.

He successfully handled the complex multi jurisdictional cases of firms in the United States and England in establishing a broad based practice in Nigeria, focusing primarily on public interest litigation to protect society from injurious conduct and unscrupulous behaviour.

He routinely conducted oral argument before the United States Court of Appeals and the Nigerian appellate courts with reported locus classicus , passages more authoritative and known, that are currently of note worthy presidential value

It is believed therefore that with his wealth of experience as a litigator within and outside Nigeria, Babatunde Irukera is best positioned to represent Kogi West at the Senate because he is believed to be the proverbial round peg in a round hole. He is a refined gentleman who has character and value; he has a track record of achievements, both in his professional career and politics. It is believed he would deliver and attract Federal government projects to Kogi West without much stress.

His entire legal and public service career of almost 30 years have been about fighting for, or protecting the rights of people; from assisting immigrants in the U.S to remain, to assisting refugees and asylums to escape from their fears and find a home and peace in the United States.  In his words:  “All I have ever done is fighting for and representing people, especially the vulnerable.”

Irukera posses a set skill that is needed by a Senator to succeed, it includes lobbying other Senators. Irukera’s skills in negotiating and deploying appropriate extra judicial resolution strategies in resolving business and other disputes are remarkable and respected.

Barrister Babatunde Irukera has been making impact, changing lives, leveling the playing field for both the powerful and the powerless; hence he would bring to bear on the people of Kogi west, the dividends of democracy.