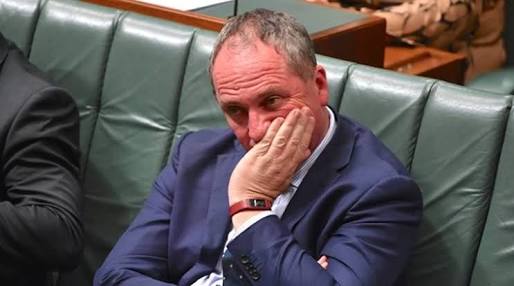 Australia’s embattled deputy prime minister, under pressure over an extramarital affair, faced a call to step down as leader of his party on Thursday.

This is the first such call from a member of the party, which is part of the ruling coalition was made.

Barnaby Joyce, who has campaigned on “family values’’ and who has been married for 24 years, refused to resign when it was made public he was expecting a child with his former staffer.

“He needs to step down as leader of the National Party, take a step back into the back bench for a time,” Andrew Broad a member of parliament from Joyce’s National Party told state-owned broadcaster the ABC.

The National Party is in a ruling coalition with Prime Minister, Malcolm Turnbull’s Liberal Party.

The coalition holds a one-seat majority in parliament.
Turnbull has called Joyce’s affair a “shocking error of judgment”.

Broad said he would take up the issue of Joyce’s leadership at a party meeting in the capital, Canberra on Monday.

His call is the latest sign that support for Joyce from within his rural-based party is eroding, amid concern that disapproval of the affair can undermine support in state elections.

A state branch of the party withdrew its support for Joyce on Feb. 20 because of the affair.

Two-thirds of voters want Joyce to resign over the affair, according to the Australian newspaper’s Newspoll.

Billy Graham, whose ‘matchless voice changed the lives of millions,’ dies at 99