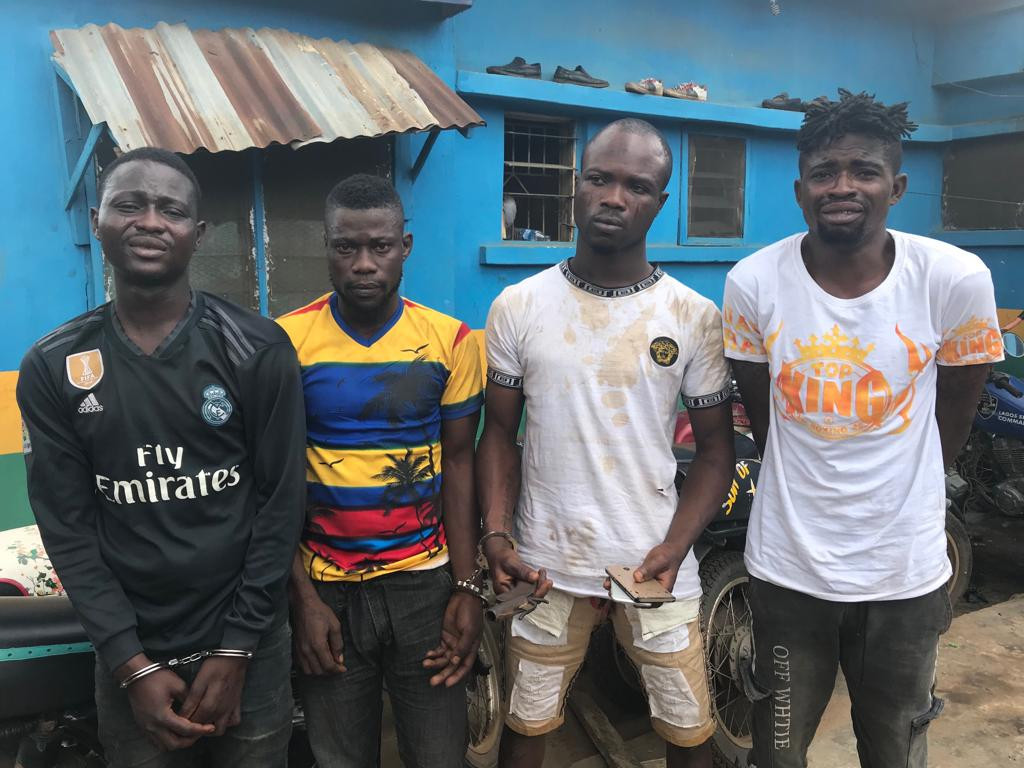 A statement released by the spokesperson of the police command, Bala Elkana, says the armed robbery gang terrorizes the Igando/Egan residential neighborhood mostly at night time. They arrived the neighborhood on three motorcycles with intent to rob along Ikotun-Igando road but the attempt was foiled by the police.

Bala says one of the suspects, Oseni Waheed, 32, was arrested at the scene with one locally made pistol while the rest escaped. He led detectives to Aribisala street in Egan where three of his fleeing accomplices were arrested.

Bala says the suspects were also on the wanted list of the State CID Yaba for series of robberies and murders including the murder of a Policeman under Amukoko Division during one of their robbery operations.

He added that investigation is ongoing and the suspects will be charged to Court.

Badoo boys is a creation of the media, killings in South-West is exaggerated – Former Police Commissioner Fatai Owoseni