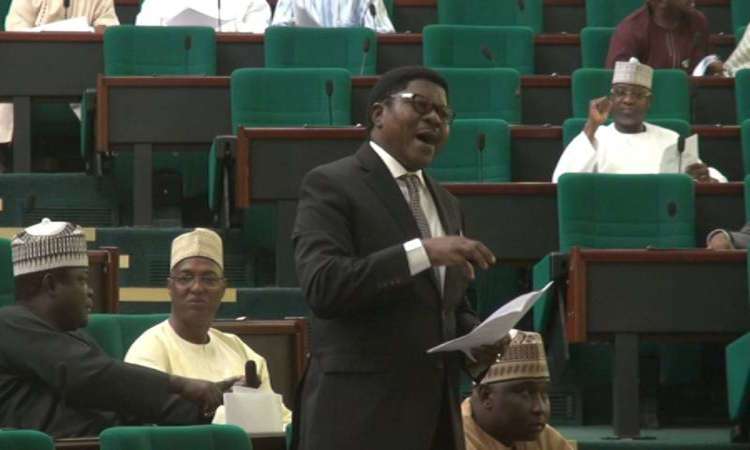 The deputy chief whip of the House of Representatives, Pally Iriase, has been expelled from the All Progressives Congress (APC) for alleged anti-party activities.

The News Agency of Nigeria (NAN) reports that the lawmaker who represents Owan Federal Constituency in Edo state was expelled by his ward and ratified by the local government.

The expulsion letter was signed by Zuberu Shabah and Theophilus Aigboje, chairman and secretary respectively, of Owan East Local Government and made available to newsmen in Benin on Monday.

Allegations leveled against Mr Iriase included defection of Ward eight and nine APC executives to the PDP on the orders of Mr Iriase, presenting his personal assistant, Hilary Ozogo, to contest under the PDP platform and refusal to attend APC meetings.

In the letter addressed to the national chairman of the APC, Adams Oshiomhole, through the Edo chairman of the party, Anselm Ojezua, the Owan East APC said it ratified the decision of APC members of Ward nine to expel Iriase.

The letter said all laid down rules and procedures as enshrined in article 21 of the APC’s constitution were followed in reaching the conclusion to expel Iriase.

It said the APC in Owan East has since moved on without Iriase and the evidence would show in the forth coming elections.

According to the letter, “I humbly invite Mr. Chairman to kindly note the decision of the Owan East chapter of the APC and grant it the very urgent attention it requires.

“The APC leadership and members in Owan East have already moved forward without Pally Iriase as we are growing in numbers everyday. This will be evident in the results we post in the forthcoming elections.

“Iriase refused to officially inform the APC of his defection because he wants to continue to enjoy the benefit of the office of the Deputy Chief Whip.”

Attempts made to get the lawmaker’s reaction on his expulsion were unsuccessful as his two mobile numbers were switched off.

NAN said Mr Iriase had at the weekend confirmed that there was intense pressure on him to move to PDP, saying added that he remained focus and committed to the APC.

He noted that the rumour about his defection to the opposition may have been informed by his decision not to contest for any position.

According to him, “I have made my direction politically very clear, I’m not contesting the 2019 general election.

“I’m a member of APC, people who do not want to be in APC anymore have defected. It is a personal thing; you don’t do it by surrogate.

“Any politician of note that is considered to have electoral value is likely, under the kind of circumstances we find ourselves in Edo state, to be under severe pressure from poachers.

“But what you make of that pressure is the real issue, I’m calm. From rumour flying around, I remain who I am.”