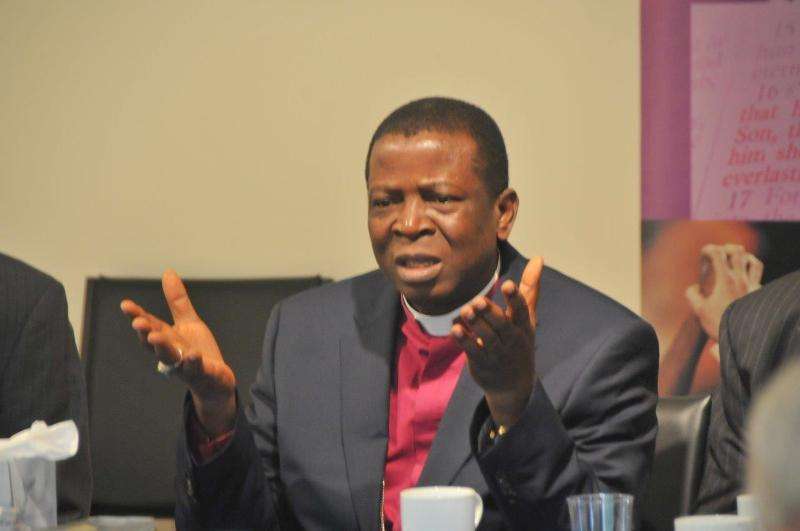 Primate of the Church of Nigeria, Anglican Communion, Most Rev. Nicholas Okoh, has faulted the recent apology by the Peoples Democratic Party (PDP) to Nigerians.

He also dismissed the looters’ list released by the Buhari government, saying corruption was widespread and not limited to one party.

On PDP, Okoh told newsmen in Abuja that the party should mention the particular areas they took Nigerians for granted.

He said: “Their confession appeared to be general and one can’t put a finger on any particular thing. If they believe truly that they had offended Nigerians, and are convinced about it, they should state things more specifically.

“For instance, they could have stated that they intended to do this or that, but were unable to do so due to a given reason. Therefore, please forgive us Nigerians and give us another trial.”

On the list of alleged looters, Okoh said “Those mentioned could not be the looters in the country. I think that corruption in the country is widespread, and stopping it would require an all encompassing approach.”

The cleric, who lamented that Nigeria is running a “generator economy”, urged the government to fix the the situation.