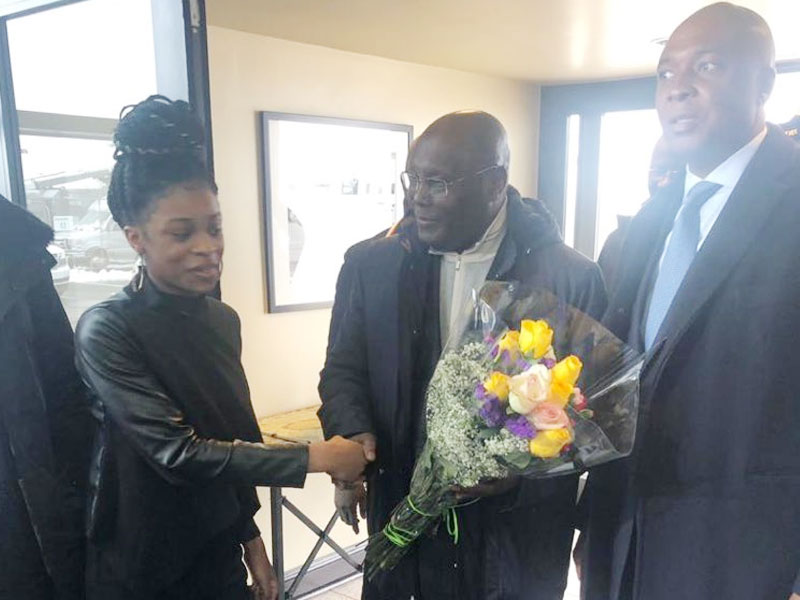 Judd Legum, a journalist and former research director of the Hillary Clinton presidential campaign, says Atiku Abubakar paid as much as $540,000 to get his way into the US.

In his article titled “What does a $1.1 million lobbying contract buy in Trump’s Washington?” Legum said the Peoples Democratic Party’s deal with Brian Ballard, a top lobbyist with deep connections to the Trump administration, was instrumental to Atiku’s trip.

Atiku’s spokesman, Paul Ibe, did not picks call or reply messages sent to his phone to comment on the report.

In November 2018, TheCable had exclusively reported that Atiku’s party, the PDP, signed a deal with Ballard to enhance US-Nigeria relations, with a focus to “maintaining  political and security conditions free of intimidation and interference”.

“It shall be the Firm’s duty to consult with the Client and advocate on its behalf those issues the client deems necessary and appropriate before the US Federal government,” contract papers seen by TheCable read.

“Issues and objectives may include, but not be limited to, enhancement of US Nigerian relations; strengthening and advancing democratic values and the rule of law in Nigeria, with a special focus in the coming months on maintaining political and security conditions free of intimidation and interference in order to ensure the success and fairness of Nigeria’s national election for president in 2019.”

Atiku, the former vice-president of Nigeria, had not visited the US for 12 years and the leading opposition party mocked him for it.

He said the corruption allegations against Atiku are detailed in a 2010 bipartisan report by the U.S. Senate, “KEEPING FOREIGN CORRUPTION OUT OF THE UNITED STATES: FOUR CASE HISTORIES.”

He said Atiku was also implicated in the investigation of William Jefferson, the former Congressman who is serving a 13-year sentence for corruption, although the PDP candidate has repeatedly denied all allegations of corruption in the report and has never been charged for any criminal offence.

Before 2018, Atiku had spoken openly about his inability to secure a US visa.

He said in December 2017: “It is the sole prerogative of America to determine who they want in their country or not. I’m not running away from America. I applied, but wasn’t issued a visa.”

Legum added that Atiku’s inability to enter the US may be as a result of the Presidential Proclamation 7750 signed by President George Bush, which bans entry for current and former corrupt foreign officials — especially those whose corruption has a nexus in the country.

“The US government does not publicly disclose why individuals are denied visas. But a former government official who has seen the documentation confirmed to Popular Information that Abubakar, until very recently, was banned from obtaining a US visa under Proclamation 7750,” he wrote.

“A month later, Atiku is in the US — and back in Nigeria for a stronger campaign for the presidency,”  Legum wrote.

“Now Abubakar is back in Nigeria, buoyed by his trip to the United States as his campaign enters its final days. His campaign slogan is Trumpian: ‘Let’s get Nigeria working again.’”