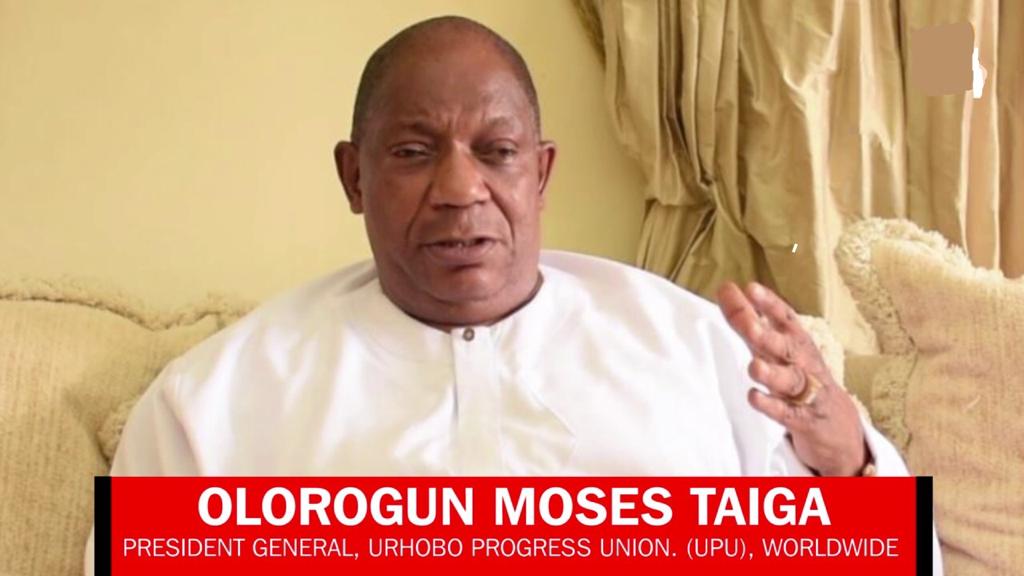 The President General of Urhovo Progressive Union (UPU) Worlwide, Olorogun Moses Taiga is in the news for the wrong reason.

Those close to him alleged that he is a serial bigamist and that all the four women he had celebrated marriages with were lawyers.

He was alleged to have had various legal battles with different women ranging from paternity to validity and nullity of marriages contracted whilst found to be lawfully wedded to another lawyer.

It was gathered from sources that Olorogun Taiga recently dumped his third wife, Oyeyinka and her alleged ‘fake’ quadruplets to marry yet another Warri, Delta State-based lawyer, Barr. Omoefe Pela, without the dissolution of his union with Oyeyinka.

Coincidentally the day of the marriage was also Oyeyinka’s birthday.

“It is clear that Oyeyinka’s fear of many years has suddenly come to haunt her. Olorogun Taiga’s new marriage is not a secret anymore, the super-excited new bride and her friends have quickly released pictures and videos of the marriage on Facebook and YouTube, so that anyone in doubt can have a feel of the ceremony.

“It was done in his usual style of not dissolving previous marriage or marriages before purportedly marrying the woman!

“One cannot but wonder why this great grandfather still decides to go down this route despite his old age and frailty; and why on earth he chose to marry a new wife as a birthday gift to Oyeyinka, who always seemed to be in control of his affairs.

“Obviously, Taiga has seen through Oyeyinka’s lies and fake lifestyle and he decided it was time to dump her and the ‘fake’ quadruplets,” a source said.

It was added that Taiga was ready to do away with Oyeyinka legally “so that he could finally settle down with his new love, Barr. Omoefe Pela.”

We were informed that Taiga was perfecting the deal and that Oyeyinka is as good as gone in his life.