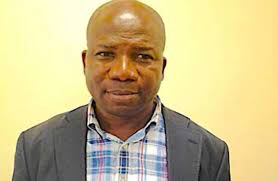 Equally, the court also dismissed a fundamental rights enforcement suit, filed by the embattled Ex-Council Chief against the National Drug Law Enforcement Agency (NDLEA), also for been abandoned as argued by the prosecutor, Mr. Abu Ibrahim.

Ashekun popularly called Owoiya, was arrested on May 7, 2021, at the Murtala Mohammed international Airport Ikeja, Lagos, by the NDLEA’s Operatives for attempting to smuggle 1.0 kilograms of Cocaine concealed in footwear, to the London, United Kingdom, was charged before the court on June 30, on a count charge of unlawful exportation of the said banned drug.

The offence according to the prosecutor, Mr. Abu Ibrahim, contradited Section 11(b) of the said National Drug Law Enforcernent Agency Act Cap N30, Laws of the Federation of Nigeria, 2004 and punishable under the same Act.

Upon his arraignment, he had denied the allegation and pleaded not guilty to the charge.

Following his plea of not guilty, his bail application was argued by his counsel, Mr. Olasupo Shasore (SAN), which was strongly opposed by the prosecutor, Mr. Ibrahim, while the court adjourned till today for ruling.

Justice Faji however struck out the bail application, while ordered accelerated trial.

The judge consequently, while ordered that the former Vice Chairman be returned to the custody of Nigerian Correctional Services (NCoS), adjourned the matter till July 22, for commencement of trial.

The charge against the former Council chairman reads: “That you Asekun Sakiru Kehinde, Male, Adult, on or about the 7th May 2021 during the outward clearance of passengers on Virgin Atlantic Airlines flight from Lagos to London, Heathrow at the Departure Hall of the Murtala Muhammed International Aiport, IkejaLagos without lawful authority exported 1.000 kilogramme of Cocaine, a Narcotc Drug and you thereby committed an offence contrary to and punishable under Section 11(b) of the said National Drug Law Enforcernent Agency Act Cap N30, Laws of the Federation of Nigeria, 2004”.