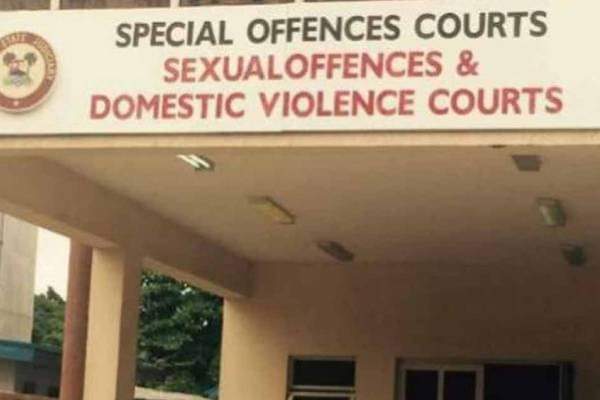 A Lagos State Domestic Violence and Sexual Offences Court has sentenced a school bus driver, Tony Akpan to life imprisonment for sexually assaulting a five-year-old pupil.
Justice Abiola Soladoye in her judgment, on Monday held that the prosecution had overwhelming evidence to prove the charge of sexual assault against Mr Akpan and his accomplice, Itoro Wilson, the school bus assistant.
The judge also sentenced Ms. Wilson, to two years imprisonment for assisting the convict to evade justice.
”There is an overwhelming evidence before the court. The testimony of the survivor is truthful and boldly narrated by her.
”The medical Doctor’s testimony also corroborated what she said.
“The first defendant is hereby found guilty as charged contrary to the provisions of Section 261 of the Criminal Laws of Lagos State and is hereby sentenced to life imprisonment.
“The first defendant should have his name entered in the Sex Offenders Register of the Lagos State Government”, he held.
The judge said the second defendant ought to have spoken up and not concede the truth.
”The punishment meted out to this defendant will serve as deterrent to others out there.
“The second defendant is hereby sentenced to two years’ imprisonment for felony,”
The judge also told Roy Mind Favour Filled School, Unilag Estate, Magodo Isheri where the survivor attended to recruit responsible staff.
“The school in question should recruit responsible staff. That Roy Mind Favour Filled school is not making a free service.
“The parents must get value for the money they pay. Miscreants should not be on the payroll of any responsible school.
“Children are meant to be protected and not be subjected to any assault whatsoever,” the judge held.
Five witnesses testified against the defendants at the trial.
The prosecuting team from the Lagos Ministry of Justice, led by Olusola Shoneye said the convicts committed the offence on October 20, 2017, on Magodo Road, Isheri, Lagos.
The offence was said to have contravened the provisions of sections 137 and 415 of the Criminal Laws of Lagos State, 2015.