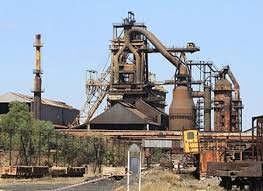 The Sole Administrator of Ajaokuta Steel Company Ltd., Sumaila Abdul-Akaba, has urged the federal government to complete the construction and equipping of the company before putting it up for re-concession.

Mr Abdul-Akaba told News Agency of Nigeria (NAN) in Ajaokuta that completion of the plant would raise its value at concession.

He said that a Technical Audit Committee had already been constituted by the federal government to ascertain the real cost of completing the company.

According to him, we are not against the concession of the company but there is the need to complete the plant as this will place high value on it.

On the state of infrastructure and equipment at the plant, Mr Abdul-Akaba said that another committee would be set up to determine their conditions. He explained that the equipment were not obsolete, “but still very intact’’.

Similarly, some stakeholders said that any attempt by the government to re-concession the steel plant would lead to corruption and mortgaging security of the country.

NAN recalls that former Minister of Mines and Steel Development, Kayode Fayemi, had in March said that federal government would no longer “spend a penny to revive the plant’’.

Mr Fayemi said this while reacting to a ‘Vote of No Confidence’ passed on him by the House of Representatives.

He said that government would not incur further expenses to put the plant to use, but would rather concession it to a capable company with good history of competence and financial buoyancy.

Mr Fayemi had said that a Technical Audit of the Plant, which had gulped about $80 billion since its inception, was ongoing and would soon submit its report.

According to him, after completion of the audit, the ministry will declare it open for concession and only a competent bidder will be allowed to operate the company.

“The position of the government is clear on Ajaokuta; only a company that is verifiable, competent and financially buoyant will get the concession on Ajaokuta after the Technical Audit is completed.

“The rumour going on that Ajaokuta is at 90 or 98 per cent completed is not true; that is why the Technical Audit is going on to ascertain its level of completion and other information needed,’’ he had said.

However, following the former minister’s declaration, the House of Representatives came up with a bill to stop him from initiating or concluding any concession plan on the steel plant.

The bill and another, to establish a fund to complete the Plant, have passed second reading at the lower chamber, with 301 members out of the 360 members, supporting both.

It would be recalled that Speaker of the House of Representatives, Mr Yakubu Dogara, said recently that the National Assembly would resist any move to concession the Plant.

The speaker spoke after he led members of the House’s Committee on Steel on a visit to the steel complex and said that concession of the company would amount to mortgaging Nigeria’s future.

“You cannot concede your future; it is never done. I am yet to see a nation that even conceded its bedrock and still succeeded. If you see one, just tell me. And, that’s why previous attempts to concede it were not possible.’’

He said it was a collective shame to all leaders that the project was yet to be completed after several decades.

“Our determination to ensure that the Steel Plant is revived is born out of the promises that the company holds for Nigeria’s population in terms of job creation, gas development and economic boost.’’

Dogara assured that raising funds to complete the project would not be a problem.

But, GINL was said to have compounded issues at the company and lowered its fortunes.

This was sequel to a report of the committee set up by the late president to check the concession process and the state of the steel complex, which indicted GINL of “asset stripping’’.

Ajaokuta Steel Plant is sited on 24,000 hectares of land in Ajaokuta, Kogi, about 38 kilometres from Lokoja, the state capital.

The plant was conceived and steadily developed with the vision of erecting a Metallurgical Process Plant/Engineering Complex with other auxiliaries and facilities.

The company is meant to generate important upstream and downstream industrial and economic activities that are critical to the diversification of Nigeria’s economy to an industrial one.

The plant dubbed “Bedrock of Nigeria’s Industrialisation’’ is also designed to produce iron and liquid steel from Iron Ore Mines at Itakpe, also in Kogi, about 52 kilometres from Ajaokuta.