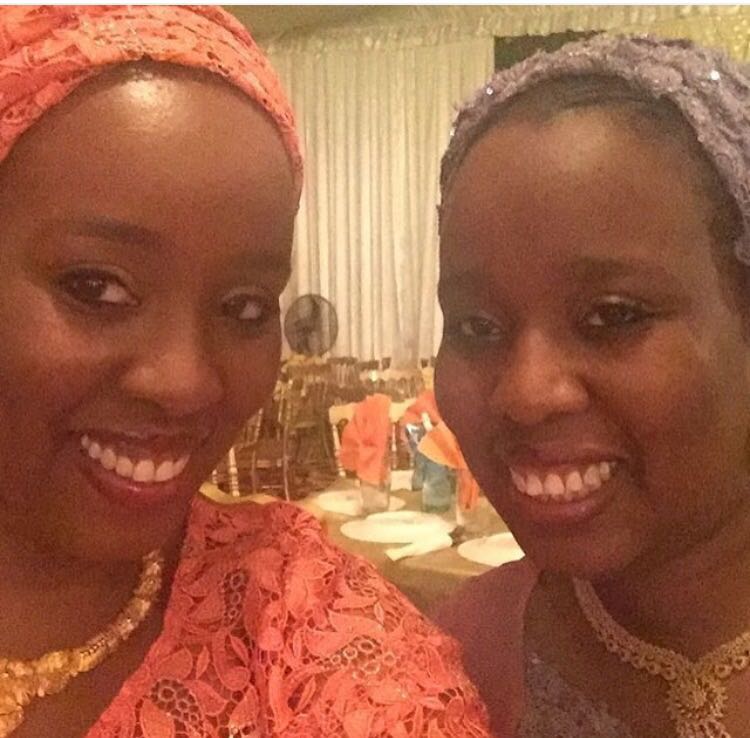 The events that played out before, during and after the wedding of a daughter of the President of Nigeria, Muhammadu Buhari, Zahra to Ahmed Indimi, a son of Mohammed Indimi, billionaire owner of Oriental Energy Resources, in December have led to other developments as the twin sisters of Ahmed are now on the war path with the First Lady, Aisha Buhari, who they are now said to be disrespecting and calling names.

Sources recently gave us tales of how the Indimi Twins, Zahra aka Ya Gumsu and Ameena aka Ya Kaka took to their Istagram pages and ‘insulted the First Lady and her daughter, Zahra.’

In a veil attack, they described the First Lady as Tokyo Toni, mother of Angela Renée White, professionally known as Blac Chyna, a popular American model and entrepreneur.
She is often referred to as a “video vixen” due to her frequent appearances in hip hop music videos and married to Robert Kardashian. 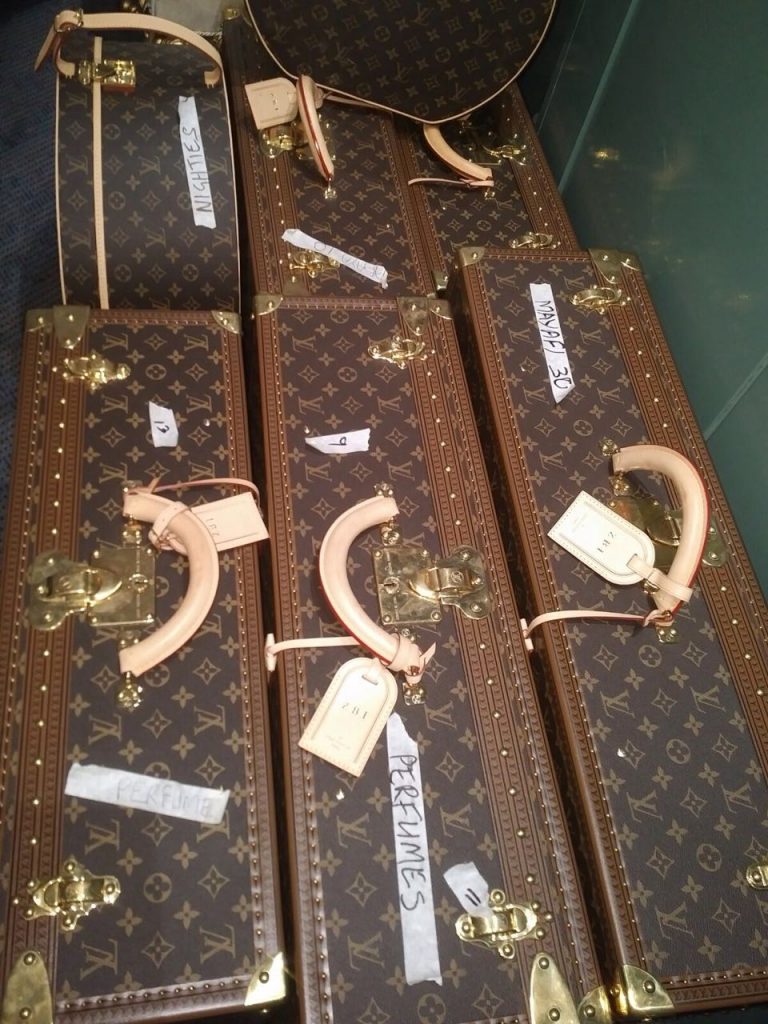 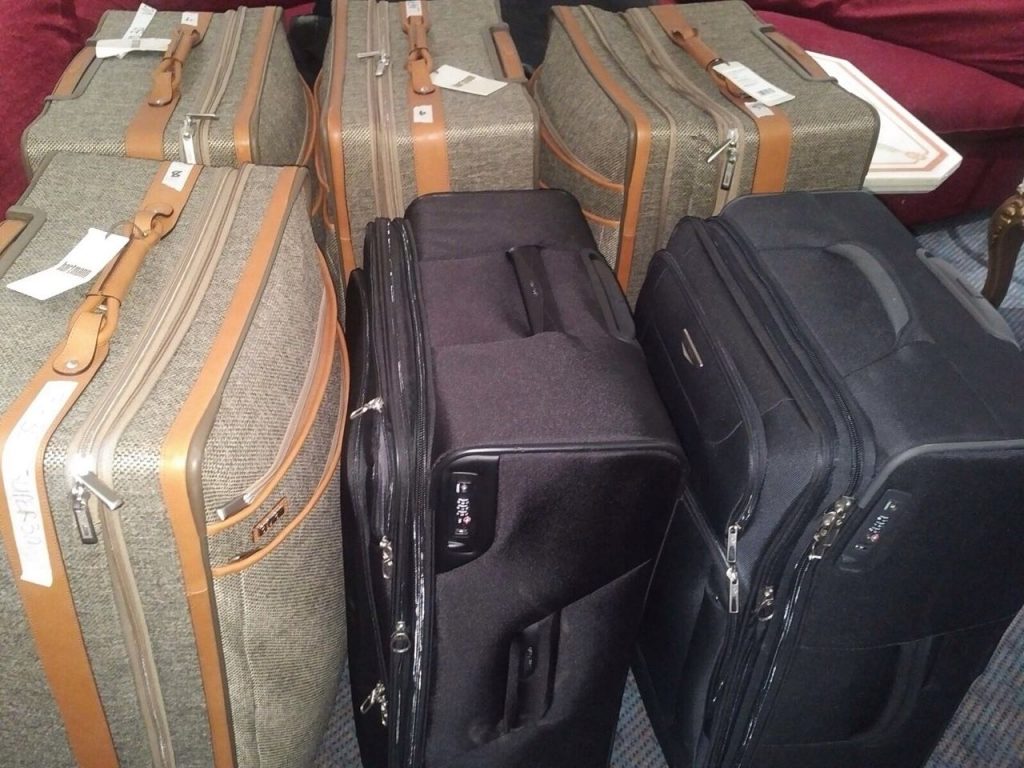 The twins were said to have made the comparison because Toni allegedly accused the family of Robert Kardashian of hijacking the preparations of her daughter’s wedding from her.

The Indimi twins were said to have accused the First Lady of hijacking the preparations for her daughter’s wedding to their brother and called her names for personally handling everything that is related to the wedding.

They were said to have wondered why the First Lady personally handled all the arrangements for the wedding.

Reacting to this, sources close to the First Lady said that she had to personally supervise all the activities for the wedding because of her integrity and due to her knack for perfection and excellence in all she does.

Concerned individuals, who spoke to us recently concluded that with the insults, “the twins are bad representatives of the family” and many people still wonder how they could be sisters of Ahmed Indimi, who was recently joined in holy wedlock with a daughter of the President of Nigeria, Muhammadu Buhari, Zahra.

The ladies were said to have taken to their Instagram pages on December 30th, 2016, and passed innuendos on Aisha and Zahra gold diggers, and one of the twins reportedly referred to Aisha a witch.

Sources revealed that this did not go down well with some friends of the Indimis, who came across the material and they were said to have pointedly told their parents to call them to order.

Some observers however, wondered if the Indimis actually have any gold, which the likes of the First Lady and her daughter could dig.

They added that the First Lady, Aisha did the best by banning them from her daughter’s wedding ‘so that they would not pollute a ceremony that was ordained by God to herald a new beginning for the couple.’

A reliable source, speaking further on the allegations that Aisha and Zahra were gold diggers, alleged that all the boxes the twins said on their Instagram pages that the Indimi Family bought for Zahra were mere propaganda and a bunch of lies.

The source said: “All together, I can confirm to you they are 11 boxes and two vanity round box. Whereas these social media rats said 60 boxes and stuff worth billions of naira. But, what I saw is not up to N100 million.

“Even the oil block that is the source of their wealth is grossly exaggerated as it one of the smallest blocks in Nigeria. All is just mere talking. What their father is getting is not up to 0.1 percent of what a female oil magnate, Folorunsho Alakija is earning per month.

“The parents did not go to school and suddenly, when the oil wealth came courtesy of a former president, they took their children to the United States of America and the United Kingdom for their education.

“So, from the family’s abject poverty to oil well, no break in-between middle and lower classes. So, they now see all Nigerians walking naked as per what their brain is telling them.”

Ironically however, one of the twins, Ya Gumsu is said to be married to a Malian fruit seller.

According to the grapevine, the Malian guy came to milk the family, not knowing that what they have is not even enough for them.

We learned from sources that the Malian abandoned a pregnant wife to marry Ya Gumsu and that it was her second marriage.

She is said to have had too much trouble in the first marriage before the man reportedly left her.

On the other hand, her twin sister, Ya Kaka reportedly lost her husband in a road accident mysteriously and suspiciously, and we were informed that members of the man’s family are still battling with her over his wealth.

Sources stated that with all these scandals and some others that could be so dirty to reveal and that are enough proof that the twins are indeed satanic, they are the black sheep of the Indimi Family.