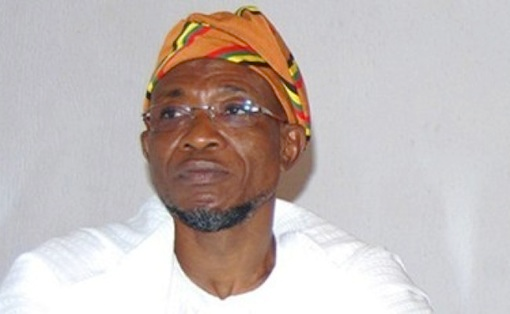 He alleged that? Aregbesola had achieved their political aim and calculation ahead of 2018 governorship election in the State.

He also threw his weight behind the Adeleke’s family’s rejection of Coroner Inquest ordered by Governor Aregbesola, warning the State government
against forcing the family to be part of its kangaroo panel into the mystery surrounding the death of their breadwinner, Senator Adeleke.

He claimed that Governor Aregbesola had concluded arrangement to manipulate the cause of the late Senator’s death, with the sole aim of establishing what the
State government wanted the people to hear.

Comrade Sulaiman who is the Chairman, Civil Societies Coalition for
the Emancipation of Osun State (CSCEOS) faulted the panel, describing it as “political, self-serving,

The rights activist who doubles as Executive Chairman, Centre for Human Rights and Social Justice (CHRSJ) alleged that the insistence of the State government to force Adeleke’s family to be part of Kangaroo Coroner Inquest, had shown that the government had hidden agenda to be covered with the outcome of the panel, alleging that “Aregbesola and his gullible supporters were winning, dinning, rejoicing and dancing penultimate Friday during a political self-appraisal programme tagged ‘Ogbeni Till Lies Break’, while the same Adeleke’s family were still in grief and pain over the sudden death of their brother Senator.

According to him; “I am demoralized as I am compelled to break my silence with the hullabaloo created by Mr. Rauf Aregbesola led-State government over the plan to manipulate the report of what caused the mystery death of Senator Isiaka Adetunji Adeleke, the First Executive Governor of Osun State by setting up a kangaroo
Coroner Inquest which Adeleke family was totally rejected publicly not
to be part of.

“The sudden death of Senator Adeleke could not be distanced from 2018 governorship election in the State as every discerning mind knows that Adeleke’s death and Coroner Inquest are politically motivated and self-serving.

“As Adeleke’s family put it that the facts are sacred and the truth is always constant, alternative facts are nothing butfalsehood. Mr. Aregbesola and his co-travelers could not escape the judgment of public opinion court on this matter. It is our believe
that the rejection of Coroner Inquest is a good omen and welcome development as Aregbesola is already get set to manipulate anything, particularly Adeleke’s death, to serve his personal interest in governance of the State.”?

Sulaiman added that, “The position of Senator Isiaka Adeleke’s family is very clear to the public that the State government should count them out of its kangaroo Coroner Inquest on their late brother’s death, believing that Aregbesola has predetermined agenda.

“The rejection of the Coroner Inquest by the family is enough for the State
government to put her action on hold on the burning issue, if not having selfish agenda on the subject matter. Why Aregbesola is crying wolf when there is none and also crying more than the bereaved??”

Why Buhari must resign – Femi Kuti