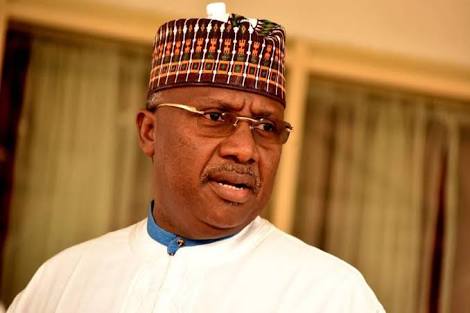 A Human Right group, Global Integrity Crusade Network (GICN), has urged the Abuja Division of the Federal High Court to compel the Inspector General of Police to prosecute the Governor of Adamawa state, Muhammad Jibrilla Bindow over offences bothering on perjury.
In the originating summons, a copy of which was made available to journalists, the Governor was said not to have completed his secondary education at the Government Secondary School, Mangu, Plateau State, as claimed.
Among the relief sought by the plaintiffs is an order compelling the West African Examination Council (WAEC) to produce the result of the Governor within fourteen (14) days.
Apart from Governor Bindow, the Independent National Electoral Commission (INEC), West African Examination Council (WAEC), the All Progressives Congress (APC) and the Nigeria Police Force(NPF) are joined as defendants.
This is a clear case of abuse of privilege and power, which many people believe should not be swept under the carpet so that our democracy can become better now that Nigeria has clocked 58 years as an independent nation.
Governor Bindow reportedly conspired with the party to present a fake result, which has now become a subject of controversy and we were informed that he is yet to prove that the allegation is false.
Investigations revealed that Governor Bindow is a businessman, who became the candidate of the Peoples Democratic Party in the 9 April 2011 Senatorial election for the Adamawa North district, and went on to be elected to the national senate.
He later became the governor of Adamawa after defeating Nuhu Ribadu and Markus Gundiri in the April governorship polls

Bindo Umaru Jibrilla is described as a business tycoon, new to politics, and those close to him revealed that he did not possess secondary school certificate as against his claims in his resume before his election as Governor.

We were reliably informed that his poor educational background has affected governance in Adamawa State since he got to office as he has been unable to embark on projects that could help the development of the northern state.

“Adamawa State has lost its glory. Governor Bindow is limited in performance because of his poor educational background. It is very obvious that he cannot pilot the state effectively and this is affecting development in the state.

“The Governor should be dealt with to serve as a deterrent to others. I will even advise the state house of assembly to impeach him now and he should be made to face the consequences of his action in a court of competent jurisdiction after his impeachment,” said a source in the state, who pleaded anonymity.

Information revealed that Governor Bindow did not complete his secondary school education and that he went into business before venturing into politics.

Those close to Governor Bindow revealed that he has been running from pillar to post to get out of the crisis, but that it is increasingly becoming impossible as “the certificate scandal cannot be covered since WAEC has not been able to prove that he has an authentic certificate that could get him out of the scandal.”

As it is now, observers suggested that it is either Governor Bindow resigns his appointment or he should be shown the way out by the Adamawa State House of Assembly “to restore sanity into the system and pave way for people with solid background to take over the mantle of leadership in the state.”