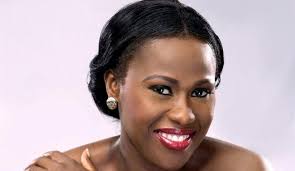 Kenney Rodriguez, the husband of actress, Uche Jombo, has debunked rumours that he cheated on her with a 22-year-old American.

Kenney, a Puerto Rican, took to his Instagram account to make a public apology to his wife who has been trolled on social media ever since the rumour surfaced. The scandal prompted the actress to announce that she was taking her family off social media henceforth as a result of what she described as ‘wicked rumours’.

He said, “I would like to publicly apologize to my wonderful wife Uche Jombo for the foolishness that has been speculating on the Internet,” said the father of one, adding that he has taken legal actions against the blog that first shared that rumour.

“I would like to take this opportunity to formally say ‘I’M SORRY’ to my wife because she’s undeserving of this negative inaccurate press that no one will wish upon their loved one.”

About a week ago, leaked photos of Kenney in a compromising position with a young lady surfaced online. The images were allegedly taken in Kenney’s home, same one he shares with Uche whenever she visits the United States.

But insiders say the leaked photos were of Uche’s hubby and his ex who is presently with someone else and they have a child together.

However, on Tuesday, actress, Omoni Oboli shared a photo of Uche and Kenney, noting that they intend to visit Canada for a group vacation.

Now, Kenny has spoken publicly for the first time since their marriage, to make a public apology to his wife.

Why we are committing Paris Club refund to workers’ welfare – Fayose