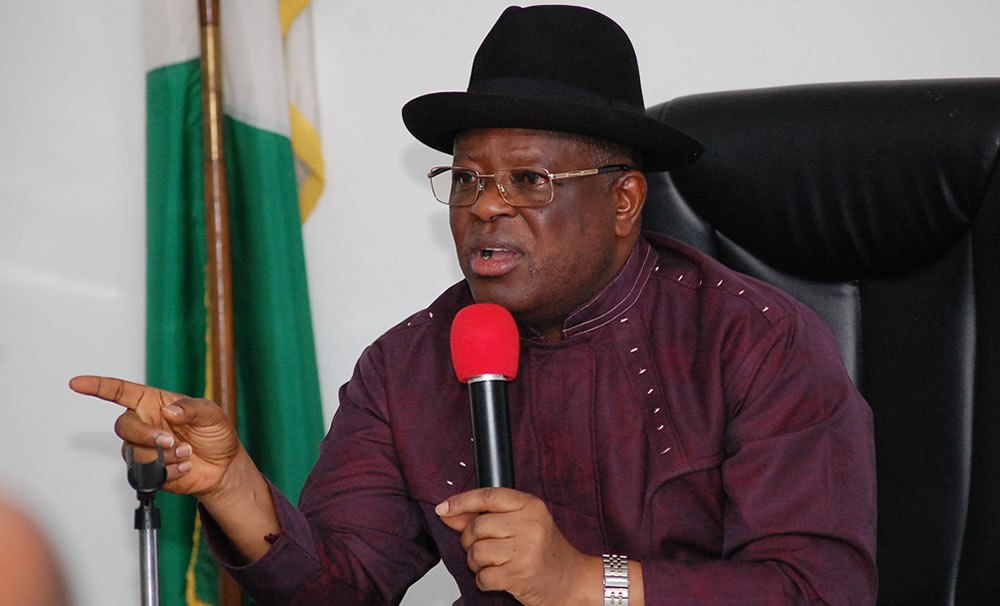 Governor David Umahi of Ebonyi State on Wednesday in Abakaliki, the state capital, declared that 95 per cent of states in the country cannot pay the proposed N30, 000 minimum wage to workers.

Mr Umahi, who is the Chairman of the South East Governors Forum, said this while inaugurating a 36-member fact-finding committee to ascertain the mode of workers’ promotion arrears payment in states across the six geo-political zones of the states.

According to Mr Umahi, the payment of the N30, 000 can only be realised if the federation account allocation formula is reviewed to offer more earnings to states.

“The federal government collects 52 per cent of the revenue from the federation account and when I tried to put the N30,000 figure to Local Government Areas (LGA) it means they will borrow N1billion to add to their allocation, in paying salaries.

“I will definitely not be a governor to govern such a state and will never preside over a state that will allocate 100 per cent of its earnings to pay salaries,” he said.

The governor recommended that the issue of petroleum subsidy in the country should also be reviewed as had been noted by the state and federal governments.

“We must presently have the courage to say this because a lot of money can be saved from the subsidy if properly distributed.

“When 100, 000 litres of petrol is allocated to me for instance and deducted from my allocation, it is then my business to ensure that there is no leakage.

“There is no governor or political office holder that signs cheques but civil servants as the country’s leaders and labour are just putting water inside a basket and praying God to hold it with this minimum wage issue,” he said.

He urged the country’s leaders and labour to liaise and decide on the percentage of the federation account that should be voted for salaries and other sectors.

“We should determine how much should be allocated to education, health, infrastructure among others if 100 per cent of earnings are used to pay workers salaries.

“Many states are experiencing various problems and cannot pay salaries but the people condemn their governments over their inability to provide good roads and other amenities.

“People don’t understand the problems being experienced by these states and the governors have kept quiet for long and need to speak presently,” he said.

Mr Umahi regretted that the issue of promotion arrears for workers in the state had lingered for long and urged the committee to be sincere with their findings to find an amicable solution to it.

“We have been setting up committees on this issue and getting no results with people not being sincere and resorting to all sorts of things,” he said.

Hyginus Nwokwu, the Secretary to the State Government (SSG), noted that the issue made the governor to institute a 36-man member committee to tour states in the six geo political zones and ascertain the mode of payments.

“The members are drawn from critical elements of state with the organised labour having 12 nominees, Christian Association of Nigeria (CAN) 12 nominees and the government-12 nominees.

“The committee will tour three states in each of these zones, ascertain relevant facts, analyse and present them to enable government take disposable and final actions on the matter,” he said.

“We pledge to assiduously discharge our duties and make recommendations that will permanently solve the problem for a healthy government and labour relationship,” he said.