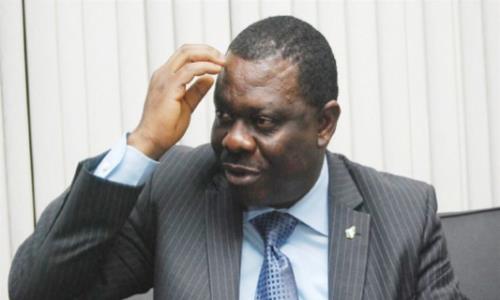 A former Attorney-General of the Federation and Minister of Justice, Michael Aondoakaa, has advised the Federal Government to file corruption charges against representatives of the Process and Industrial Developments firm for entering into a sham contract with some unscrupulous Nigerians.

The former AGF said this during an interview with Sunrise Daily on Channels Television on Monday. “Everyone involved must face the law including the foreigner. You cannot do this in the United States,” he said.

He said the contract with P&ID was illegal abinitio because it was not approved by the Federal Executive Council, adding that there was no budgetary provision for such a contract.

Aondoakaa, who was the AGF from 2007 to 2010, also stated that no such contract was ever brought before executive council, which means it was unlawful from the onset.

He, therefore, advised the government to tackle the issue from the root since illegality cannot be the foundation of a legitimate contract.
The former minister said if fraud could be established in the matter, the contract could be voided.

If you are a foreign country coming to Nigeria, you ought to know the law. You ought to know if the contract was appropriated in the budget,” the former AGF argued. He said the President himself has no power to unilaterally approve contracts without recourse to the Federal Executive Council.

The former AGF said Section 5 of the constitution as well as Sections 2 and 3 of the Infrastructural Regulatory Commission Act are clear on this. “The President doesn’t have the power to give even anticipatory approval,” Aondoakaa said.

He said the Federal Government ought not to negotiate with P&ID because doing so could validate the fraudulent contract “If you are alluding to fraud, you cannot negotiate at the same time with them,” the former AGF said.
“Fraud can vitiate a valid contract,” he added.

Aondoakaa further questioned parts of the contract which he described as invalid.

“Part of the contract has to do with Bakassi which was part of Cameroon by 2009. So, I wonder whether they expected Nigeria to enter into a contract on behalf of another sovereign nation,” he said.

‘Yar’Adua in coma when contract was signed’