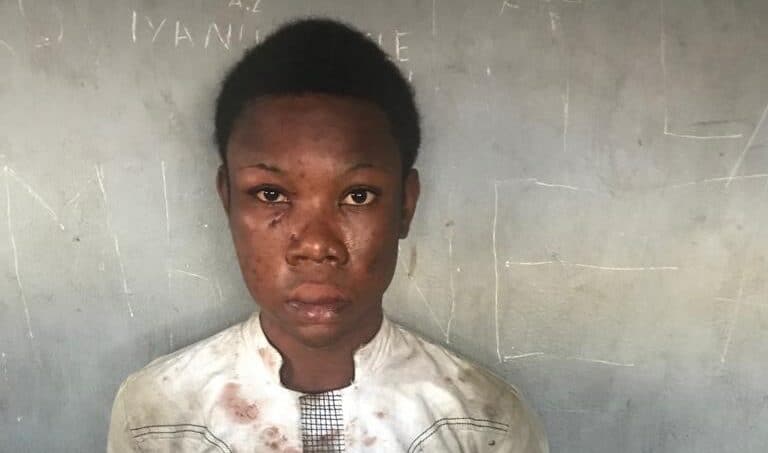 Twenty-four hours after his employment, a house help has killed both his employer and her mother in Lagos.

According to available report, Ogbu, who is from Oju Local Government Area of Benue State, had an argument with his employer, which made him stab her to death.

The case, which was reported at about 3am on June 20, 2019 at Surulere Police Station, occurred at 4, Ogulana Drive, Surulere, Lagos.

John, 38, according to available information, asked Ogbu to clean the house at about 9pm, following which an argument ensued.

In his statement to the police, Ogbu said it was the shock of the stabbing of her daughter that resulted in the death of 89-year-old Adejoke John, Oreoluwa’s mother.

The suspect, according to the police, has confessed to the Crime. In his statement, Ogbu said following the death of the Johns, he moved some of their valuable properties such as electronics, handsets and household items into the employer’s Toyota Camry car and attempted to escape to where he cannot be found.

He was, however, apprehended by policemen on patrol at Ogunlana pin down point.

The vehicle and items stolen were recovered.

The crime scene has been sealed off and corpses of the two victims taken to Mainland Hospital, Yaba for autopsy.

The spokesman of the Lagos State Police Command, Bala Elkana, said the Command’s Commissioner, Zubairu Muazu, has ordered the State Criminal Investigation Department, Yaba to take over the investigation and charge the suspect to Court.

Jonathan Not Dasuki Gave me N400m, Metuh Opens Up in Court

Return My Virginity If You Want Divorce, Wife Tells Husband In Iseyin