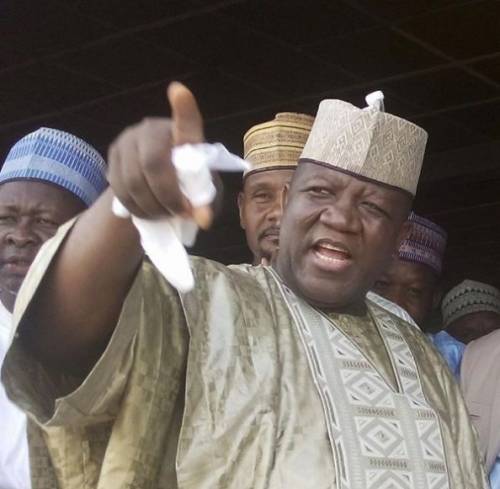 The Economic and Financial Crimes Commission (EFCC) has uncovered about 21 exotic vehicles in the home of former Governor Abdulaziz Yari.

According to TheNation, and Yari’s interrogation will determine how the vehicles were acquired and that the raid was carried out when he was out of the country.

However, he has been invited for interrogation by the EFCC.

The former governor is being investigated for alleged questionable payment of N19 billion from the London-Paris Club refund; N35 billion spent on Internally Displaced Persons (IDPs); Ecological and Stabilisation Fund and how he incurred N151,190,477,572.02 liabilities on ongoing projects.

Yari’s country home in Talata Marafa was visited by the 15 operatives deployed by the EFCC. The commission has been on the trail of the governor since 2017 but he enjoyed immunity while in office.

TheNation’s source said: “The raid of Yari’s home was in connection with the ongoing investigation of the former governor. He has some issues to clarify on his tenure.

“Most of the issues have been in public domain for a while, especially the alleged questionable payment of N19 billion from the London-Paris Club refund to some consultants by the NGF and mismanagement of Zamfara State’s resources.

“We are not pronouncing him guilty but we want him to appear for interrogation on some of the issues we have highlighted for investigation.”

The newspaper’s source added: “Such a raid is allowed when we have superior intelligence on a Politically Exposed Person (PEP).

“For instance, our operatives uncovered 21 exotic vehicles in his compound. Yet, we have an allegation that a part of the N35 billion budgeted for IDPs in Zamfara was used to buy choice cars.

“The intelligence at our disposal made our operatives to search the houses of Jafaru Yari, the ex-governor’s brother and his intimate friend, Sha’aya Mafara. In fact, Yari’s brother was at his residence when our team got there.

“The onus is on Yari to explain how he came about the exotic vehicles; whether or not he declared them in his asset declaration form; and if these vehicles were in his exit Asset Form as a former governor in May. Once he is able to justify the acquisition of the vehicles, the EFCC has no problem with Yari. Otherwise, he has a question to answer.”

TheNation further quoted a source as saying, “We need Yari to come to our office to explain his roles. He was central to the negotiation and disbursement of the funds. Some suspects are already on trial. A few others escaped abroad. But since Yari has no immunity again, let him just clarify a few things.”

Speaking on the development, EFCC’s spokesman, Tony Orilade, said, “It is true we went to the house of the former governor of Zamfara State, Yari, in respect of the ongoing investigation. Like we have always said, we won’t discuss our investigation with the media. At the appropriate time, when the investigation is ripe, we shall proceed to prosecution and we shall carry the media along.”