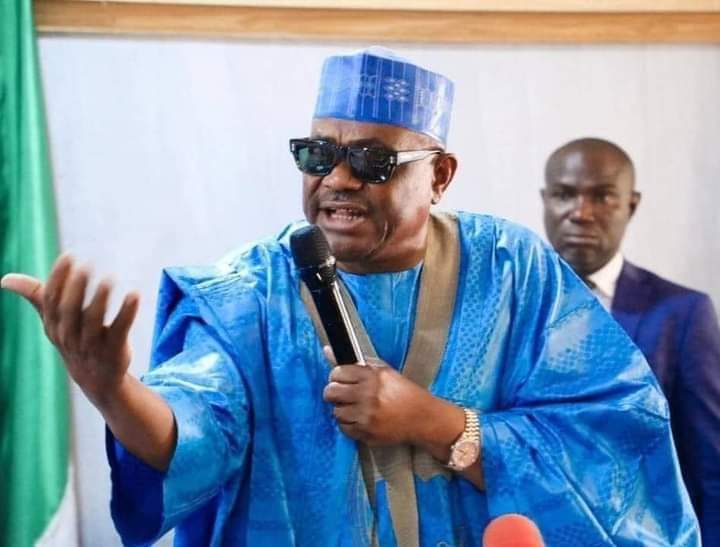 The Rivers State Governor, Nyesom Wike, has insisted that he will not step down from the 2023 presidential race.

Wike, who is a presidential aspirant under the Peoples Democratic Party, said this during an interview with BBC Pigin.

The PUNCH had reported that some chieftains of the PDP had demanded that the presidential candidate of the party should be picked through consensus.

But Wike said only death would make him step down for another PDP candidate in the 2023 presidential election.

When asked if he would step down for another candidate, Wike said, “Why will I step down for anybody? If you want to do consensus, there must be equity and fairness. Are the hands of those demanding consensus clean? People talking about consensus are the ones running the election. Is it the party’s decision?

“It is not the party that is talking. In politics, there is something called shine shine bobo. The more you look, the less you see. Some people think they can deceive me with consensus. It’s a scam. I don’t like being deceived in my life.

Wike had on Tuesday warned PDP leaders against appointing delegates who have taken sides with some aspirants on the Primary Election Committee.

During his visit to Benin, Wike said he would never settle for the vice-president position as the contest for the plum job hots up, ahead of the presidential election next year.

I’m not coming out to negotiate to be vice to anyone, I’m coming out to contest for the number one position in the country,” he had said.

Wike noted that the first criteria for any president to be successful in Nigeria was the ability of such a president to secure the nation and protect the lives and properties of citizens.

He said that if given the mandate by the PDP in the party’s presidential primaries next month, he would end up winning the presidential election.

“We must have a candidate who listens to the grassroots. I have the capacity to face the All Progressives Congress in 2023.

“Give me the ticket and have your confidence that we will take over power in May 2023. Don’t allow anybody to disabuse your mind from voting for Wike.

We cannot continue to give excuses why we are losing elections.”

Ayo Adebanjo: If based on merit, only South- East will Produce Presidents