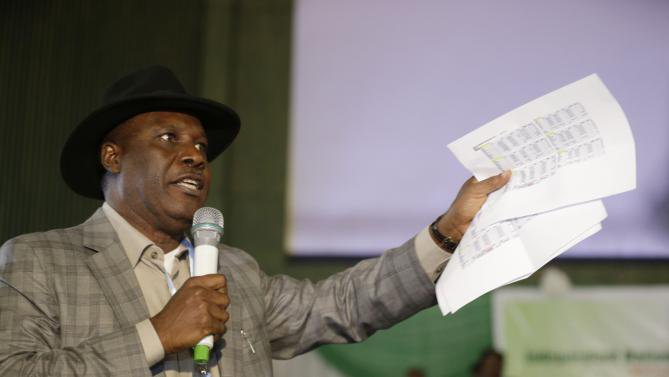 The  Niger Delta Ambassadors for Change (NDAC) has disowned former Minister of Niger Delta, Elder Peter Godsday Orubebe on plans by the All Progressive Congress, APC led Government to rig the 2019 polls.

The group rejected his position even as it distanced the Niger Delta region from his faulty claim.

The National President of the group , Comrade Lucky Spiff in a statement said Orubebe was quoted by several publications as making utterances to the effect that there would be dire consequences if the elections are rigged.

He said such statement, being anticipatory and premised on the mindset of a man once saddled with rigging the Presidential Election in 2015, is irresponsible, callous, uncalled for and totally condemnable.

He said the former minister must have concluded that the 2019 polls would be rigged based on his own failed attempts to execute such anti-democratic plot in 2015.

“The show of shame he put up at the headquarters of the Independent National Electoral Commission (INEC) and on live television, in which he bodily tried to frustrate the announcement of results, was a last resort after he woefully failed to rig the election.

“Elder Orubebe is aware that President Muhammadu Buhari, like our kinsman former President Goodluck Jonathan did, has instructed all agencies and organizations involved in the conduct of the elections to allow the will of the people prevail, so there is no basis to suspect or conclude that the votes would be rigged.

“What we cannot deny is that President Buhari’s performance to date gives him a significant edge over the closest opposition candidate, which would explain why Orubebe is out to discredit the election even before one ballot has been cast”he said

Spiff urged the nation’s relevant security agencies as well as the National Human Rights Commission (NHRC) to take note of the utterances of Orubebe, with a view to establishing his motives for inflaming passions in the country at a sensitive time like this.

“We make this demand because there are talks that Orubebe’s spurious assertion is part of a well-choreographed plot to incite members of the opposition to violence and consequently truncate Nigeria’s Democracy.

“But for the professionalism of the security agencies deployed to the INEC Headquarters in 2015, Orubebe would have succeeded in his mission after his principal lost the elections to President Buhari. He is back to undertake a similar mission.

“Our apprehension is premised on the knowledge that many of our youths were by this time four years ago primed to unleash mayhem on other ethnic nationalities in the country in the event that Dr. Jonathan, our kinsman, loses. To the extent that Orubebe was named as one of those that armed the youths and passed down the instruction, we believe that he, at this time, lacks the moral right to make any comment or intervention as far as our democracy is concerned.

“That Orubebe could threaten “consequences” even when the candidate he supports legitimately loses the election is a red flag that indicate he must have again armed youths and put them on standby to attack members of the ruling party in the event that President Buhari is re-elected, which is daily appearing likely since even some reputable international publications that are critical of him are already predicting his victory over other candidates.

“Our view is that there should be a deterrence to veiled hate speech like the one coming from Orubebe because of the potential to deepen divisions along political, geo-political and ethno-religious lines. A failure to decisively call him to order will encourage other frustrated or desperate political players to toy with the stability of the nation’s democracy. Orubebe, or anyone that engages in inflammatory utterances, must therefore be declared persona non grata, which would extend to his (their) being ineligible to be accredited as polling agent, collation agent, observer, monitor or any other clearance that places him at electioneering venues other than  his registered polling unit.

“The international community must be informed to note that Orubebe does not mean well for Nigeria’s democracy and must be managed in a way that his jaundiced views do not taint the election processes.

“We as members of Niger Delta Ambassadors for Change, and as representatives of our various communities and constituencies, dissociate ourselves and the entire Niger Delta from the views expressed by Orubebe. He speaks for himself in expectation of what he could make out of the people he is running errands for. Niger Delta people are now wiser because six years of Orubebe as a Minister did not translate into anything meaningful for the region whereas President Buhari made progress in a short time with the East West Road that had languished when the former minister held sway.

“The project could not have been completed under Orubebe anyway given the level of corruption that crippled the Ministry of Niger Delta under his watch, the resulting restiveness in the region and the attendant widespread underdevelopment. These are issues that President Buhari’s government addressed to a great extent, which is why he is the candidate to beat in the Niger Delta. So, if anyone plans to rig the elections it is Mr. Orubebe and his co-travelers”he said