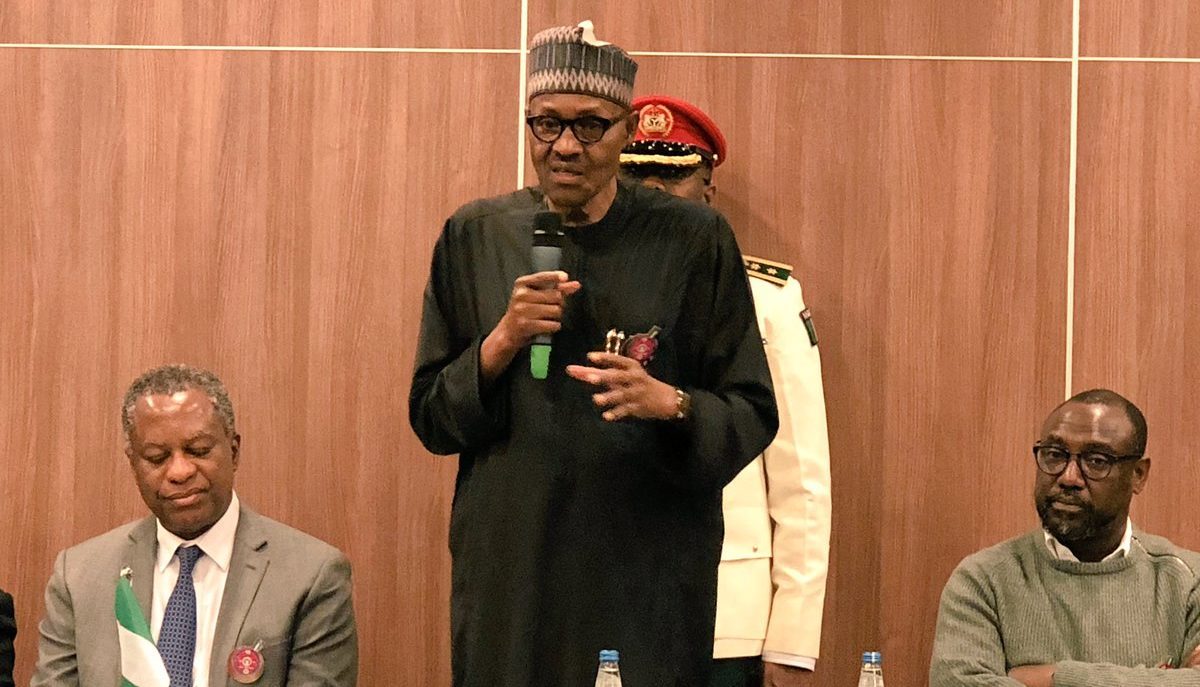 A group, The Progressive Yoruba Youth Congress (PYYC) has hailed President Muhammadu Buhari for refusing to assent his signature to a kangaro legislation from the National Assembly.

The group in a press conference addressed by its national president, Comrade Kola Salau hailed Buhari for rejecting the latest amendments of the Electoral Act (Amendment Bill, 2018) transmitted to the President at different times within six months by the National Assembly led by Bukola Saraki, saying it is coming at a time when Nigerians are preparing to elect another set of leaders to preside over their destinies.

“The issue in contention, which has attracted so much of empty hullaballoo is the alleged refusal of President Muhammadu Buhari, GCFR, to assent to the latest amendments/revision of the Electoral Act (Amendment Bill, 2018) transmitted to the President at different times within six months.

“We dare say, the leadership of the National Assembly has deliberately midwifed this controversy over a matter as simple as Mr. President’s signing of an amended law. It is extremely unreasonable on the part of NASS. That the NASS has allowed this matter to drag this long and close to the next general elections is to find a window to cast aspersions against President Buhari or portray him as anti-democratic and a leader who is opposed to free, fair and credible elections in 2019.

“We have realized the sole aim of these political merchants is to create a condition conducive enough to instigate Nigerians against the Buhari Presidency.

“Let us clearly and boldly warn that Nigerians, particularly, the PYYC is keenly watching the antics and manipulations of Sen. Saraki and acolytes, who have personalized the national parliament. We have also noticed their undisguised attempts to give a dog a bad name in order to find justification to hang it. But President Buhari cannot be part of this satanic game.

“Also, their penchant for frustrating any national legislation which does not align with their personal and selfish political ambitions is open secret to all Nigerians. The Amended Electoral Act 2018 is the latest example of NASS’s series of arm-twisting tactics and legislative brigandage on the executive arm of government.

“We are not astounded with the latest development which has thrown such an important Bill into needless controversy and unnecessary delays by the Sen. Saraki-led Senate. No Nigerian is in doubt about the obsession of the 8th session of the National Assembly with politics and its abdication of the basic responsibility of legislation, the main reason Nigerians gave them the mandate to the National Parliament.

“For instance, Paragraph four of the President’s letter to NASS, details these unpardonable errors as revealed thus; “Section 5 of the Bill, amending Section 18 of the Principal Act, should indicate the sub-section to which the substitution of the figure “30” for the figure “60” is to be effected.

“And the letter from the President has conveyed four of such embarrassing errors for further attention of NASS for the third fourth today. And in all the three previous instances, Mr. President withheld assent to the amended Electoral Act 2018, these graphic and cross- referencing errors were the main motivation for the refusal to assent. And these are sensitive areas which hinges on the conduct of a smooth electoral process and credible elections.”

The group frowned at the deliberate delay of the NASS to pass a clean and error-free copy of an amended Bill these past six months has inevitably dragged the matter into time-injury concerning the next general elections.

“The hirelings of NASS leadership in alliance with Coalition of United Political Parties (CUPP) who are misleading and misinforming the public that President Buhari dreads signing the amended Electoral Act 2018 because of the inclusion of Card Readers should clip their tongues and bring down their heads to assimilate the worthy observations raised by Mr. President.

“And lastly, the National Assembly should also be aware of the preservative order issued by Justice Ahmed Mohammed of a Federal High Court, Abuja, on Wednesday December 6th, 2018. The learned judge restrained the National Assembly from any action designed to override the refusal of President Muhammadu Buhari to sign the Electoral Act (Amendment) Bill 2018, into Law.

“YYC contends that the Sen. Saraki-led National Assembly deliberately created hiccups and lacunas in the amended Electoral Act and delayed it close the next general elections and precisely, less than 90 days to the next ballot to bring out and impose a law that would entrench confusion in the system to lubricate their personal political interests.”

Security Analysts to honour Olonishakin with award of excellence