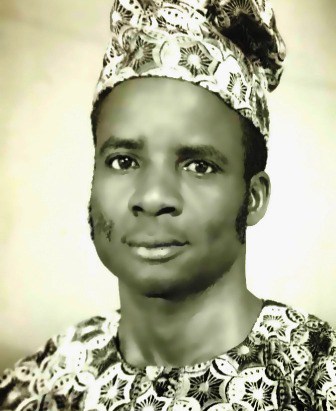 While alive, Nze Ezeani was a devout Catholic, a philanthropist, community leader and one of the earliest business tycoons  in his home town, Ukpor, Anambra state and South east in general. He died a happy man; having served God faithfully and raised his children (6 sons and 4 daughters) graciously.

Though his family, particularly wife and children, and many who benefited from his fountain of wisdom and large heartedness are in tears mourning his exit, they nonetheless are happy that Nze Gabriel lived a fulfilled life. For them, Like a theatre stage, having played his part in life’s script beautifully to the admiration of his appreciative audience, Nze Gabriel Okoli Ezeani has bowed out, leaving behind enchanting memories. The late Ezeani served his community and other humanitarian organizations diligently for over 60 years of his 87 years on earth.

His admirers describe him as a soldier in the Lord’s vineyard, who did tremendous good for his community, his country, and the entire humanity. Thus, when his creator recalled him home on Tuesday, February 27, 2018, after an eventful 87 years on earth, though a painful exit, Nze Gabriel’s children, wife, family, friends and associates agreed that the great man has ran a good race and now having a deserved rest in the Lord’s bosom.

Surely, those Nze Gabriel left behind are consoled by the fact that he surpassed the Biblical life span of three scores and ten. Though his exit is a great loss to his children and darling wife as well as all those who were close to him, they celebrate Nze Gabriel’s salutary life and sincerely thank God. His immediate community, Ukpor, Nnewi and the entire Anambra state will sorely miss Nze Gabriel. Indeed, his children are proud to survive him at his death. They are grateful to God for coming to this beautiful world through him. Spokesman of the family and his first son and eldest child, Chief Tony Chukwubuike Ezeani said theirs was a father every child would wish to have.

The family earnestly request the honour of the presence all as the remains of their heroic father, Nze Gabriel Okoli Ezeani is laid to rest on Wednesday, April 11, 2018 in his compound, Umume-Ojiaku, Ehim-Umunuko, Ukpor, Nnewi South Local Government area of Anambra state.

The wake keep will be presided over by Most Rev. Dr Jonas Benson Okoye (Auxiliary Bishop of Awka Diocese). Wednesday, 11th April 2018 at 8:00a.m his body lies in State at his home. This will be followed at 10:00 a.m by a Requiem Mass at his compound by Most Rev. Dr. Peter E. Okpalaeke (Former Bishop of Ahiara Diocese).

Interment Follows immediately after the Mass. Condolences and Reception of Guests commence afterwards at the same venue. On Sunday 15th April, 2018 at 9:00a.m, there will be a Thanksgiving Mass at St. Peter Claver’s Catholic Church, Umunuko, Ukpor.

While the Ezeanis mourn the departure of their patriarch, they request friends and well-wishers to always remember our dearest him in their prayers, so that his gentle, kind soul will rest in perfect peace. The late Nze Gabriel Ezeani is survived by his wife, Mrs Florence Nwanyeke Ezeani alias Ota Aku, a native of Otolo, Nnewi who he married in 1964.

Union Bank CEO and Other Executives Tutor over 3000 Students from 30 Schools across the Country on Financial Literacy.