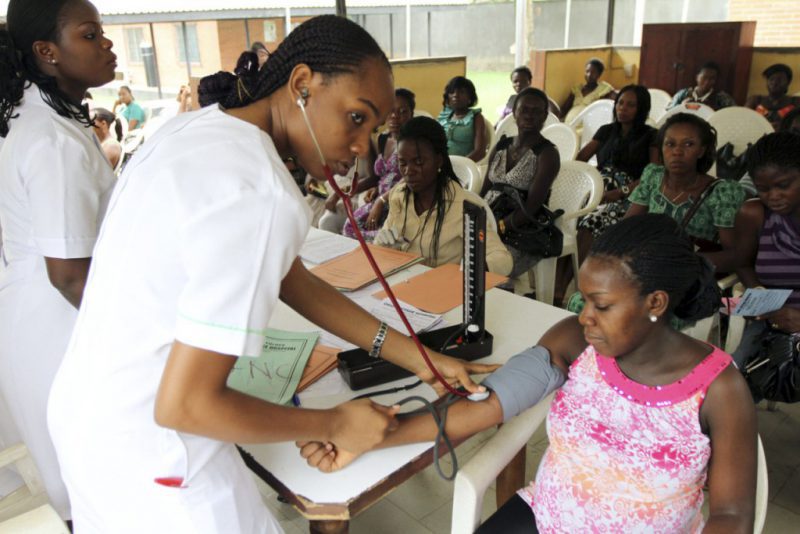 Over one thousand pregnant women in Bayelsa State, who have been captured in the state government’s free maternal care for pregnant women programme have been given grants for their transport fare to access ante-natal clinics.

Governor Seriake Dickson announced this on Wednesday during the official launch of the state’s Safe Motherhood Campaign in Yenagoa, the state capital.

He said N3000 grant would be given monthly to all pregnant women in the state, for their transport to hospitals and clinics to access medical care until their babies are born.

The governor said, “In July, we convened a summit to deliberate on the issues of maternal and infant mortality, we arrived at the resolution that a policy on Safe Motherhood be introduced, with the Primary Healthcare Board and State Ministry of Health as partners.

“Since then, we have been working to implement the policy, and with the launch of the campaign today, the issue of maternal and infant mortality will be reduced in our state,” he said.

He urged every pregnant woman in the state to register for ante-natal care, “so that they can deliver in the hands of trained medical personnel.”

The governor added that the state government had established medical facilities in almost every ward in the state to take care of the programme.

Each of the one thousand registered pregnant women were given Mothercare kits, containing 15 items, which included insecticide treated nets, to help them during pregnancy.

The Governor of Delta State, Ifeanyi Okowa, launched the scheme, with a call to pregnant women not to patronise traditional birth attendants.