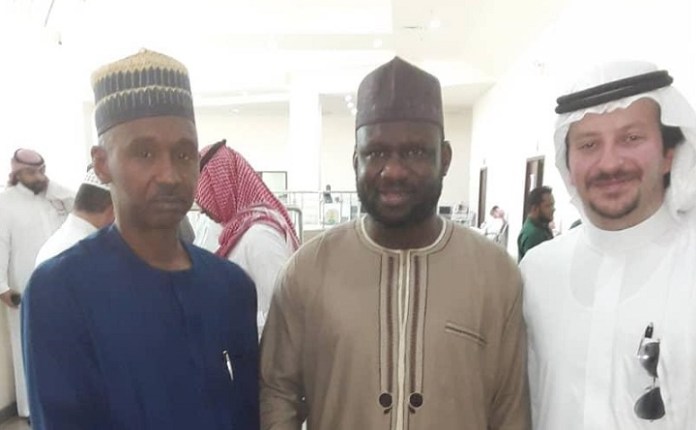 Mr Ibrahim had faced drugs trafficking charges, following the discovery of some hard drugs planted into a luggage that was traced to him after his entry into the kingdom.

According to Section 1 of Act 37 of anti-drugs law of the kingdom, such offence, if found guilty, is punishable by death. Court documents sighted by this newspaper indicate that Mr Ibrahim was accused by Saudi authorities of trafficking of 1,497 red capsules carrying an (R) sign suspected to be Tramadol trafficked via Ethiopian Air Flight 402.

Upon the discovery of the bag in question, the documents stated that the Public Investigation and Prosecution Bureau, Jeddah, in conjunction with the Anti-drug Agency, also in Jeddah, then charged Mr Ibrahim for drug trafficking, an offence punishable by death.

This newspaper also reports that during the first trial, two of the kingdom’s lower courts had cleared the Islamic cleric of the said allegation, stressing that the office of the Prosecutor-General had failed to convince it beyond reasonable doubt.

Dissatisfied by the judgement, the Prosecutor-General appealed the ruling at a higher court, heard the matter and acquitted him on Tuesday (today). At the appeal court hearing today, Daily Nigerian gathered that the Nigerians in Diaspora Commission, NIDCOM, and Zamfara State Government delegations arrived in Jeddah and presented to the Saudi court some documentary evidence in defence of Mr Ibrahim.

Some of the documents presented by the NIDCOM, it was gathered, included a written statement by the National Drugs Law Enforcement Agency, NDLEA, stating that they had arrested and charged to court three persons who planted the drugs in Mr Ibrahim’s luggage.

NIDCOM also presented to the Saudi authorities a certified true copy of the two-count charge sheet from the Federal High Court sitting in Kano State. Subsequently, the Saudi court became convinced that Mr Ibrahim was only a victim of circumstance who had no intention of carrying drugs into the country.

Speaking to this newspaper, the lawyer to Mr Ibrahim, Abdullahi Bello, said the acquittal of his client was a result of prompt and diligent action by the Nigerian authorities.

The case of Mr Ibrahim is also similar to one Zainab Aliyu, a Nigerian student falsely accused of drug trafficking in the kingdom. Recall that On April 30 last year, Ms Aliyu was arrested on December 26, 2018, a day after her arrival in Saudi Arabia for lesser hajj, following the discovery of luggage filled with drugs in her name.