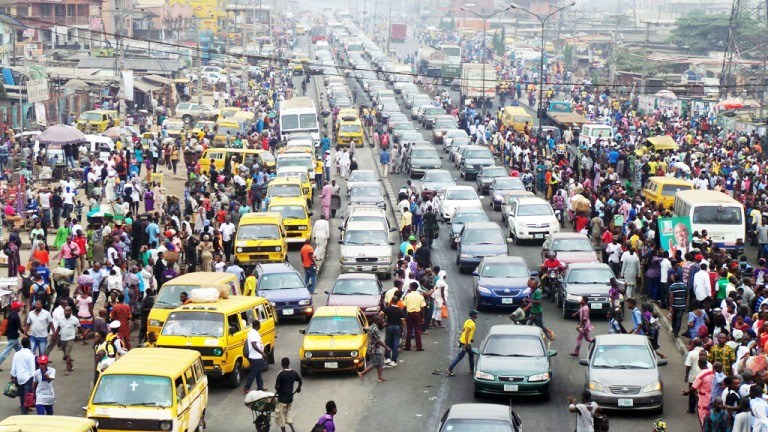 Worried by the perennial traffic situation motorists have been contending with in recent times, the Lagos State Government on Thursday said it has fashioned out workable solutions to ensure free flow of traffic across the State, especially as the yuletide season approaches.

Rising from a closed-door strategic session chaired by State Governor, Mr. Akinwunmi Ambode and attended by top officials of the Ministry of Transportation, State Traffic Management Authority (LASTMA), Commissioner of Police, Mr. Imohimi Edgal and Chairman of the State Task Force on Environmental Offences, SP Yinka Egbeyemi, among others, the Government said it had resolved to immediately implement the solutions to ensure Lagosians can commute across the State with ease going forward.

Addressing Government House Correspondents on the outcome of the meeting, Commissioner for Transportation, Mr. Ladi Lawanson said the Governor had called for the session to fine tune strategies for all agencies and stakeholders involved to implement so as to ameliorate the traffic situation and also ensure security of lives and property.

“What we have done is that we have gotten feedback from men and women who have been on the frontline specifically our LASTMA officials and then the Commissioner of Police was with us as well to give us the perspective of security.

“So most of the issues have been thrown up and we have together as a group strategized on it and we have come up with what we think are solutions to make for better flow of traffic especially as we enter the ember months and the holiday season.

“Without a doubt, Lagosians we know have been going through some hardship which has been occasioned by the gridlock we have in the Apapa area for which on that one, the Lagos State Executive Council has a solution in sight, all we are going through now is approval process that is required to activate the solution.

“But specific to the free flow of traffic, you can see with me here, I have the Permanent Secretary, Ministry of Transport, I have the CEO of LASTMA and the GM LASTMA and all the senior LASTMA officials and we have come up with solutions that we trust will ensure that there is better flow of traffic especially as we enter the holiday season and Lagosians will start to see the effect of the work that we have done,” Lawanson said.

Explaining some of the strategies that would be adopted, the Chief Executive Officer of LASTMA, Chris Olakpe a retired Assistant Inspector General of Police, said the 1000 officials recently recruited by the Agency would be trained and deployed to the road before the end of the year.

He said the agency has also resolved to extend its operations from 5am to 12 midnight on a daily basis, saying that while the State Government continues its palliative on potholes, LASTMA officials would be on ground to ensure free flow of traffic across those areas.

“The issue of palliative on the potholes, the meeting resolved to handle it in two ways; day time and night time. Night time mostly with travel signal lights and flood lights on ground for palliative to be made immediately from today, action would be seen that palliative will come and there would be smooth flow of traffic.

“Don’t forget that the Governor has recruited 1000 more LASTMA officials so we are going to train them and very shortly too before Christmas you would see them on the way and we intend to work from 5am to 12 midnight daily with the infusion of 1000 men,” Olakpe said.

On the Apapa gridlock, the LASTMA boss said that the trailer park in Orile would be delivered very soon, expressing optimism that it would go a long way to address the issue of trailers parking along roads and bridges and causing congestion on such routes.

“The issue of the trailer park which is in the front burner is being given expedite action and we are sure that in a short while we should have the trailer park being effective to cushion the effect of the standoff trailers along the bridges and other places so the trailer park is being given a special and strategic attention and that palliative would be concluded very shortly as fast as the speed of light,” he said.

Olakpe, however, frowned at the spate of destruction of public facilities, especially wire barriers and signal lights meant to make life easier for motorists and residents, appealing to those in the habit of doing such to desist or risk facing the full consequences of the law if caught in the act.

“We have observed to our chagrin and dismay the vandalisation of wire barriers and signal lights. They are frustrating the efforts of government. As government is moving forward, they are taking them backward by untoward conduct.

“So we want to say that from now, it has been resolved that those places would be fully backed up with man power in surveillance and monitoring strategy. So warn those who are the spoilers of good deeds that the hands of the law will catch up with them very soon,” he said.

Olakpe also warned against harassment and assault of LASTMA officials by recalcitrant motorists, saying that such act attracts a jail term of two and half years without option of fine.