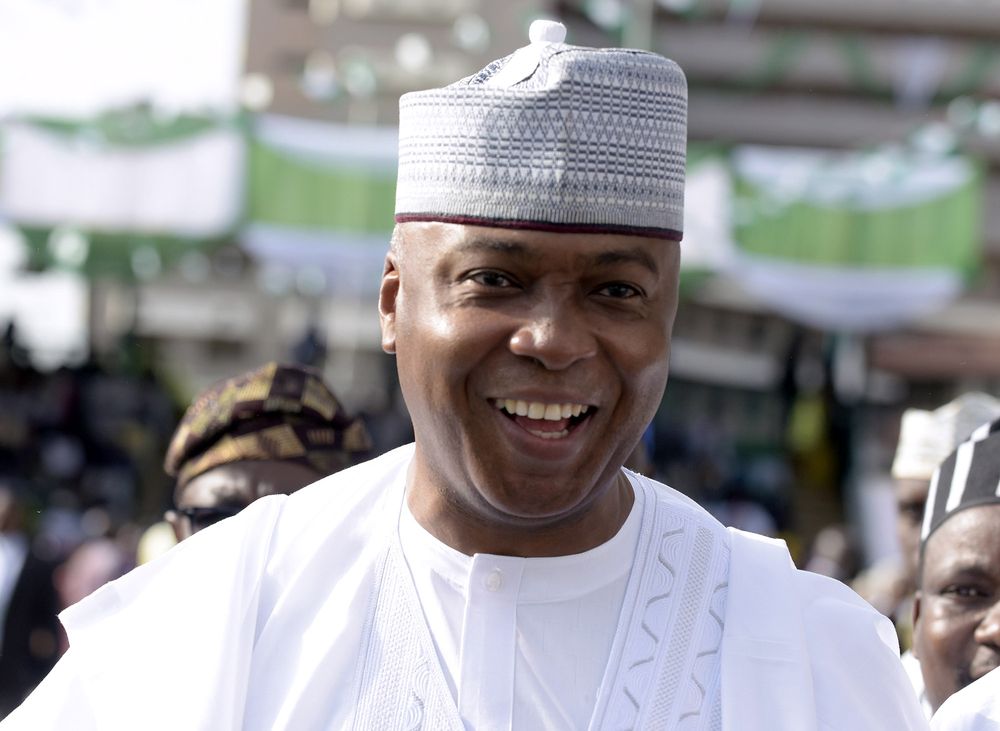 Bukola Saraki, former senate president, has reacted to the demolition of “Ile Arugbo”, referred to as the political home of his late father, in Ilorin, Kwara state capital.

Some protesters had trooped to the building shortly before it was pulled down on Thursday morning.

AbdulRahman AbdulRazaq, governor of Kwara, had earlier announced his decision to revoke the land owing to alleged illegality in its acquisition.

But Saraki tackled him saying the land was duly allocated and a right of occupancy title issued on it.

On Thursday evening, Saraki expressed his gratitude to the people who “displayed their affection to his late father and family.”

He said the day will go down in history as a day the people reciprocated the affection his family has for them.

“Following the development this morning in Ile Arugbo, I want to commend the women and men, old and young, who displayed their affection, love and staunch support for my late father and the family,” he said

“I appreciate the genuine support of the women and youths who stood firmly in the face of aggression and naked show of force.

“Your action throughout the night gave full expression to my belief that what Ile Arugbo represents to all of us is etched in our hearts. It goes beyond the physical structure.

“I am happy that you were not intimidated as you stood your ground. This day will go down as the day you reciprocated the love and affection my father and family have for you.

“You have displayed a gesture of goodwill and passionate love.”