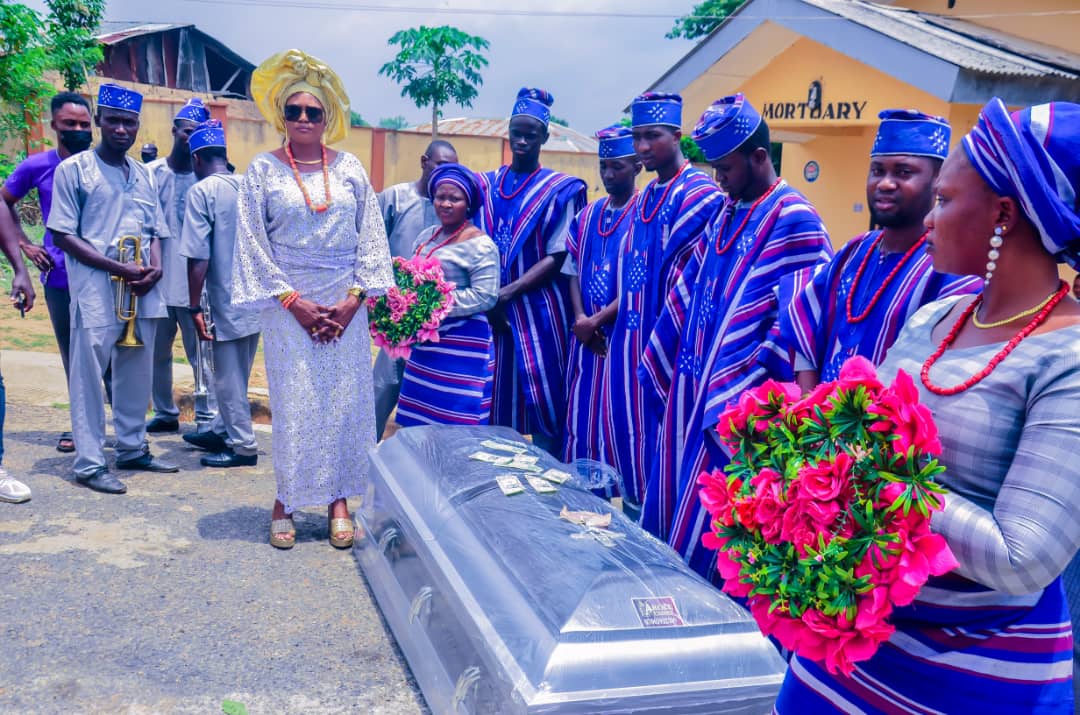 The celebration of the life of an icon, Prince Olajide Clement Ishola Adeyemi -Akinson will always be in the memories of the invited guests from Nigeria and abroad, when the creme-de-la creme of the society converged on Ibokun town in Osun State for his burial.

The lying-in-state was performed by a notable event planner.

This was followed by songs ministration at Saint Michael Catholic Church, Ibokun Parish in Osun State.

Bible lesson was read by Mrs Anjorin, while the sermon was delivered by Ach. Benedict Olojede.

“According to Olojede, it’s very important to do good on earth because when death comes you will state all what you have done, whether good or bad.”

He stressed further that it is not how many times one goes to church or does monetary contributions that God will ask him or her, but that “it’s those that you gave food when they are hungry or those you clothed when naked. So, it’s very important to change your bad attitude to good.”

Olojede now charged them to move closer to God, saying that there is no salvation after death.

On the following day, Saturday March, 26, 2020, the corpse left his residence to Saint Michael Catholic Church, Ibokun Parish for the final service.

The preacher, Rev. Father Paul Akinyode charged the people, who attended the service to note that after death there is judgment and that “whatever you do when you are on earth will be the judgment after your death.

The remains of the deceased were later interred.

The reception in Ibokun Town Hall was filled to the brim with dignitaries from all over the world, eminent personalities in the society and political icons gathered to celebrate with the United States of America-based socialite and the Yeye Oge of Dallas Texas, Chief Mrs Toyin Akinwole.

Music was supplied by 32 Artillery Brigade band and the event was anchored by Sunday Aridunnu.

Bandits attack another train station with explosive device in Kaduna