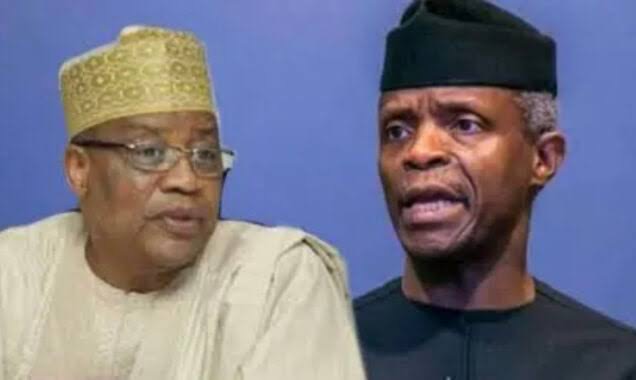 There is a need to correct the ongoing misrepresentation of facts of the position of former military president, General Ibrahim Badamasi Babangida’s position on Vice President Yemi Osinbajo which is now being bandied around as an endorsement of the latter’s Presidential bid.

For the records, all what IBB(as he is fondly called) did was to extol the virtues of the Vice President and opined that every politician who aspires to lead our dear nation must posses  such traits.

The visit was a courtesy call by Osinbajo Grassroots Organisation (OGO) and never a call to solicit support or endorsement of any kind.

That the group could interpret or misinterpret it to be an endorsement amount to being overtly excited and emotive.

As an elder statesman, IBB is never unmindful of the huge responsibility which comes with such position, so he will not be one to heat up the nation’s polity with hasty endorsement of any candidate.

While his(IBB) affiliation with the Peoples Democratic Party is never in doubt, he remains a father to all and wishes not only Vice President well in his political venture, but all aspiring political aspirants eyeing different positions across the country.

I Brought Fresh Human Head For 60k Because I Want To Be Rich….Suspect