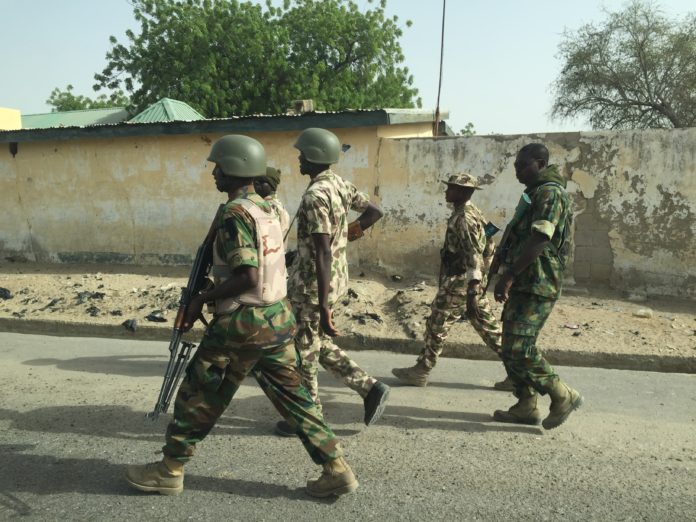 … Retired Military Officers Provide Supports in their Localities Scores of armed bandits were yesterday butchered, and injured after security personnel with supports of ‘Yansakai’ Vigilantes raided their enclaves in forests and villages between Niger and Kebbi States.

PRNigeria also learnt that some leaders of bandits were also arrested, in the Thursday evening ‘brutal’ operation in their enclaves at Uddu, Rijau, Sabon Gari Ushe, and Warari communities.

The raid is coming after armed bandits abducted teachers and students at Federal Government College (FGC), Yauri in Kebbi State.

The reinforcement officers and men of the Nigerian Army, Police Force with the supports of the local vigilantes in the pursuit of abductors led to the elimination of many bandits and their rustled cows at different routes.

PRNigeria gathered that the Intelligence, Surveillance and Reconnaissance (ISR) platform of a Nigerian Air Force (NAF) which detected the bandits’ enclaves, facilitated the smooth coordination of the troops’ operations.

“It was after the ISR mission that the combined troops stormed the forests with supports of large numbers of local vigilantes known as Yansakai.

The bandits failed in their attempt to ward off the troop’s attack.

Many of them were butchered, while many of others fled with serious injuries and wounds,” a military source said.

According to the source, it was the efforts of some retired military officers, who supplied discreet intelligence to the joint troops, that led to the neutralization of many of the fleeing bandits mostly in Yauri and Zuru axis of Kebbi State.

He said: “For a while now, the ex-military officers have been providing information to various security agencies on bandits’ movements and activities in Yauri and Zuru towns.

This has fostered inter-agency cooperation and aided the planning of operations against bandits as most of ‘Yankasai’ volunteers are retired soldiers and security personnel.

“The generals’ efforts have disorganized the bandits and their evil missions, hence they may now find it difficult to be moving in a battalion to attack communities.”

When asked about the fate of the kidnapped teachers and students of Yauri College, the source said he was not authorised to divulge the information on that for a strategic reason.