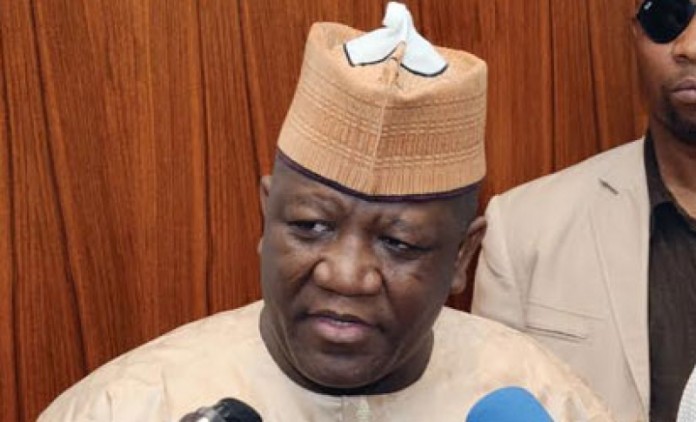 Abdulaziz Yari, governor of Zamfara, says bandits in the state possess sophisticated weapons than the military.

The state has witnessed a series of attacks by armed bandits, leading to loss of lives and destruction of property.

Speaking with journalists after meeting with President Muhammadu Buhari in Abuja on Tuesday, Yari said the bandits have over 500 AK47s in just one armoury, that which is not at the disposal of the entire state security command.

The governor ruled out the possibility of him dialoguing with the bandits, saying he tried such thrice but it failed.

He said the security forces would “take advantage of the dry season to fish the bandits out”.

“Well, I have told my people that dialogue will no longer take place during my time because I have done that three times but it did not work. This is in the sense that we know their capacity,” Yari said.

“For instance, during the first dialogue, they invited some of our team, army, DSS, police and my chief security officer as well as some traditional rulers representatives and we have seen what they have.

“They are in control of the kind of weapons that the Command In Zamfara State does not have. In one armoury alone, they have over 500 AK47, we saw it. Our people were even given the chance to take pictures.

“But when we said we will dialogue, offer amnesty, that they should surrender their arms, I can tell you till date, we did not get up to 90 AK47. So, it is a deceit. That is why I said no more dialogue during my tenure.

“During the dry season, they will look for dialogue because they know the security can get access to anywhere in the forest and they have no place to hide. But when the rainy season comes and the forest becomes thicker, they will return to their normal practice.

“That is why I said there has to be a show of force before anything else…dialogue is not needed at this point in time.”

Yari, who is the chairman of the Nigeria Governors Forum (NGF), said the states must cooperate if the activities of the bandits must be curbed.

He added that he was optimistic that the military’s weapons would surpass that of the bandits when the $1 billion approved for the federal government to fight insurgency yields fruit.

“Yes indeed. The federal government has already given procurement contracts, the inter-government transaction to the United States, China and other European countries,” he said.

“Recall that in 2018, the Nigeria Governors Forum, approved $1 billion to support the federal government’s effort in equipping the security agencies.