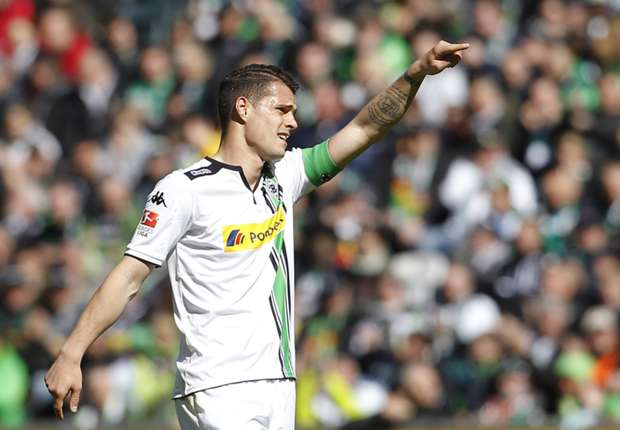 The Switzerland international midfielder is spotted posing for photos in the Gunners’ new kit ahead of his imminent €43 million (£33.3m) move from Borussia Monchengladbach.

Granit Xhaka’s move to Arsenal appears close to being confirmed after pictures of the player posing for photos at the club’s London Colney training ground were leaked.

The 23-year-old arrived in London on Friday for his medical ahead of signing a four-year deal with the Gunners and photos have now emerged of Xhaka in Arsenal’s new 2016-17 home kit – which has yet to be officially unveiled.

The Switzerland international has been courted by Arsene Wenger’s side for several months and, after agreeing a €43 million (£33.3m) fee with Borussia Monchengladbach, he is expected to be the first arrival of a busy transfer window for Arsenal this summer.

The midfielder made the trip to London with his parents, brother (not pictured) and wife to undergo his medical and pose for official photos ahead of the confirmation of his transfer.
Related Topics:Arsenal FCgranit xhaka
Up Next