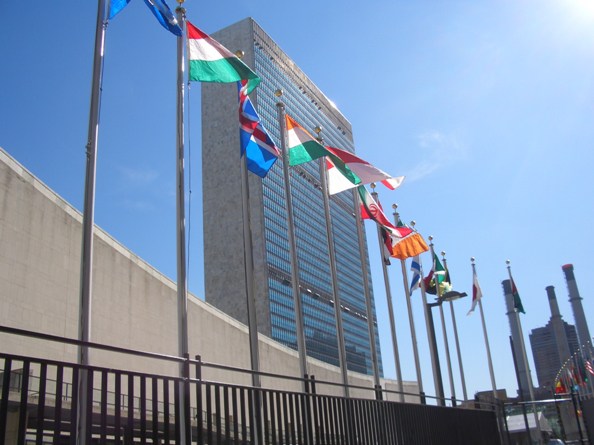 He disclosed this at the Corruption Risk Assessment (CRA) training organised for Heads of Anti-Corruption Agencies of member-countries of African Union (AU) in Abuja, on Monday.

The training was organised by the Independent Corrupt Practices and other Related Offences Commission (ICPC).

The News Agency of Nigeria (NAN) reports that the event was to also commemorate the 2018 UN International Anti-Corruption Day.

Mr Stolpe quoted World Economic Forum which estimated the cost of corruption to be at least 2.3 trillion dollars a year, saying that it was five per cent of global Gross Domestic Product (GDP).

“Corruption begets more corruption and results in a culture of impunity. It is that corruption present in all countries, including the rich and poor, North and South.

“Let us stand on this International Day against Corruption together, united against the scourge.

“It is an assault on the values of the UN. It robs societies of schools, hospitals and other vital services; it drives away foreign investment and it strips nations of their natural resources.

“It undermines the Rule of Law, tax evasion, money laundering and other illicit flows,” he said.

On his part, acting Chairman of ICPC, Musa Abubakar, said corruption risk assessment was one of the preventive tools employed by ICPC to plug systemic loopholes which provided opportunity for corruption in the public sector.

According to him, it was first developed in the country in 2011 with the assistance of the United Nations Development Virtual School in Bogota, Colombia, which trained the first set of corruption risk assessors.

“Since then, a new set of 60 persons have so far received training at the Anti-Corruption Academy of Nigeria and certified as corruption risk assessors, courtesy UNDP and UNODC.”

He said when loopholes and leakages in the systems were plugged, people would be denied access to public funds and as such, would not have the opportunity to misappropriate it.

“This is against pursuing individuals after the deed is done, an action that drains a lot of resources amidst challenges that create uncertainty of outcomes.

“To this end, ICPC stands on the principle that an ounce of prevention is worth more than a tonne of remedy.”

Mr Abubakar said reports revealed that the redeployment of TSA, IPPIS and GIFMIS had significantly reduced bureaucratic corruption in Nigeria.

He said it was attributable to factors such as reduction in human interface and elimination of direct access to cash resources.

Also, representative of ECOWAS Commission, Remi Ajibewa, congratulated President Muhammadu Buhari for his leadership and chair of ECOWAS authority of Heads of States and Government.

“This leadership has consistently provided support on constructive guidance to the ECOWAS Commission, enabling the commission to perform its mission and in advancing the promotion of good governance, integration and development in the region.”

He commended the Mr Buhari’s fervent commitment in making transparency, accountability and integrity the cornerstone of governance in the region.

“These qualities have undoubtedly contributed to earning the President’s appointment as the African Union Anti-Corruption Champion for 2018.”

High point of the event was the presentation of the report of the CRA of Nigeria’s e-Government Systems by Mr Buhari.