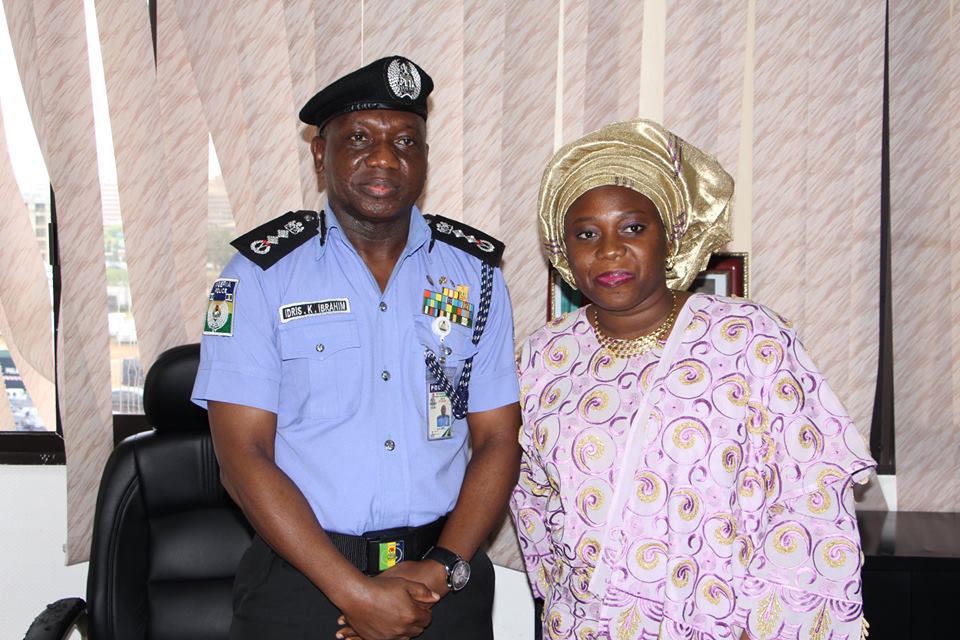 Allegations and counter allegations are being made against the immediate past Inspector General of Police, Mr. Ibrahim Idris on the premise that he used his last wife, Asta Idris to siphon money belonging to the Nigeria Police.

It will be recalled that shortly after he assumed duty as the number one police officer in the country in 2016, Ibrahim Idirs reportedly claimed that his predecessor, Mr. Solomon Arase went away with lots of vehicles belonging to the force.

But sources revealed that whatever Arase did as I.G was a child’s play compared to Ibrahim Idris’ alleged sleaze as the number one police officer in the country.

We were informed that the allegations against Ibrahim Idris were so damning that the present Inspector General of Police, Mr. Mohammed Abubakar Adamu reportedly ordered a probe into the financial dealings of his immediate predecessor.

We gathered that the probe report met a huge amount of money running into billions of naira and millions of dollars and other currencies in the bank accounts of his wife, Asta Idris.

Idris was said to be formerly married to the daughter of the very influential Etsu Nupe.

It was gathered that Idris settled down with the daughter of the Emir of Nupe after many marriages.

We learned that Idris started dating Asta, a Deputy Superintendent of Police, described as a very smart lady shortly before he was elevated to the position of Inspector General of the Nigeria Police Force and that he later divorced his wife and settled down with the woman.

Sources alleged that Asta took over the affairs of the police force codedly immediately she married idris and rumours started circulating as to how she  was getting proceeds from senior officers of the force to remain in the good books of the police boss.

We were told that Asta was indirectly in-charge of deployment which made  officers struggled to impress her so that she could facilitate their deployment to juicy positions and that she was rewarded with huge amount of money that were allegedly deposited into her accounts.

“On leaving office, the present I.G, Mr. Mohammed Abubakar Adamu, who was inundated with complaints and petitions on the posting of senior and junior personnels called for investigations” said an insider

We were told that in the process, the bank account of Asta in Guaranty Trust Bank and other financial institutions were allegedly discovered to have been loaded with millions of different currencies and it was alleged that junior and senior officers funded the accounts either for promotion or to maintain their positions.

State of the art cars, mansions and shopping complexes were said to have also been traced to Asta’s name, as the insider put it, “what was discovered is unimaginable considering the short time the former I.G spent in office.

The source further confided in us that the amount of rots discovered by the new inspector general would take the force nothing less than twenty years to recover from.

The couple, idris and asta also allegedly employed questionable characters to superintendent over critical activities of the force in guise of being consultants

We were told that those loyal to the embattled ex inspector general, Ibrahim Idris have started making efforts to appease the present Inspector general.

The Kaduna State-born lady was alleged to have dated several officers before she finally settled down with the ex-I.G she is said to be a trained pilot.

With the way things are, sources maintained that nemesis might soon catch up with Asta and her husband, Ibrahim Idris as it was alleged that “they have loads of skeletons in their cupboards too numerous to suppress. “

We sent a text to Asta regarding these severe allegations and she called us promising to call back as soon as she consults with her hubby which she never did.