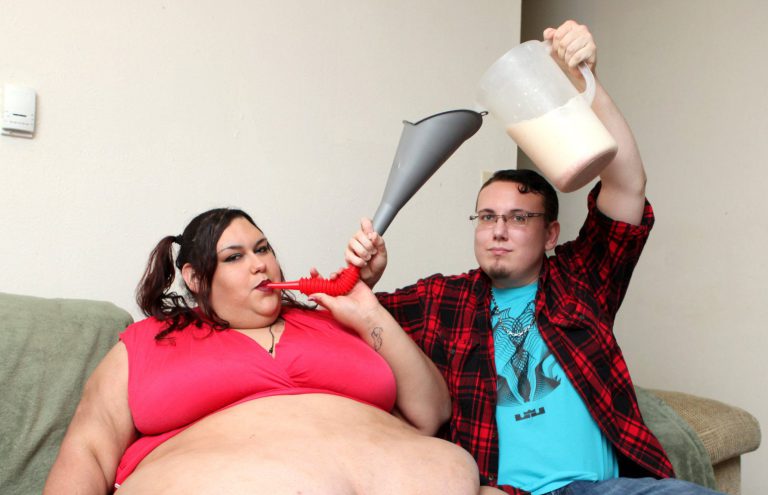 She’s already 50st, but this woman wants to keep putting on weight until she cannot move.

Monica Riley, who is a model, wants to become the world’s fattest woman – 70st. This is not a record we would recommend anyone to try and beat. 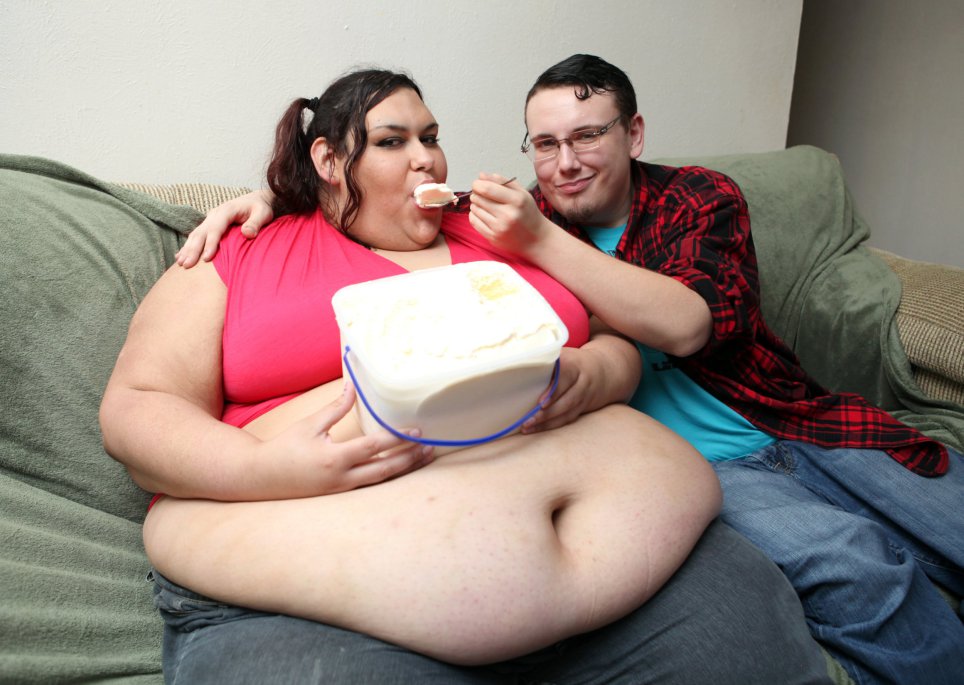 Her boyfriend, Sid Riley, is a feeder and he spends his day cooking for Monica, feeding her through a tube at their home in Fort Worth, Texas.

She said: ‘The plan is to reach 1,000lbs [50st] and become immobile. I would feel like a queen because Sid would be waiting on me hand and foot and he’s excited about it too.

‘It’s a sexual fantasy for us and we talk about it a lot. He already has to help me get off the sofa and get me out of bed.

‘If I lay down after a big dinner he has to help me roll over because my belly is too full for me to roll – it’s a big turn-on for both of us.’

They’re also trying for a baby.

She said: ‘We do plan to have children – there’s nothing to stop me raising a child from my bedroom.

On an average day, Monica will eat:

‘We would get a nanny in to help around the house and take the baby out and about.

‘There’s nothing to stop us raising a child. Some people might think it’s selfish but I’m confident we would be good parents.’

Monica had been overweight all of her life and just two years ago she was preparing for bariatric surgery.

But at the last minute she pulled out of the op and decided to instead embrace her figure.

And since meeting average-built Sidney online four months ago, size 38 Monica has gained almost four stone by gorging on 8,000 calories every day.

Monica said: ‘The bigger I get the sexier I feel. I love my big soft belly and stuffing myself with food really turns me on.

‘Sid loves to cook for me and hand-feed me and I’ve achieved so much since we got together. He feeds me around the clock and I never have to get up to do anything.’

Monica, from Fort Worth, Texas, hopes to get to a size where she will be unable to do anything for herself – requiring Sid to clean her, feed her and change her – by the time she is 32.

The couple have run into criticism for their intentions, especially from Monica’s mum Terri, but they won’t be deterred in their efforts.

Monica said: ‘My mum doesn’t understand it at all and she says I’m killing myself. I understand her concerns but it’s my life and gaining weight makes me happy.

and would never let me suffer.’

Sid, who is 6ft 2 and 220lbs, is also defensive against any criticism and insists he is simply helping Monica achieve her dreams.

Sid said: ‘There is a misconception that feederism and immobility is about control but that’s not the case. If Monica wanted to stop I would accept her decision without question. 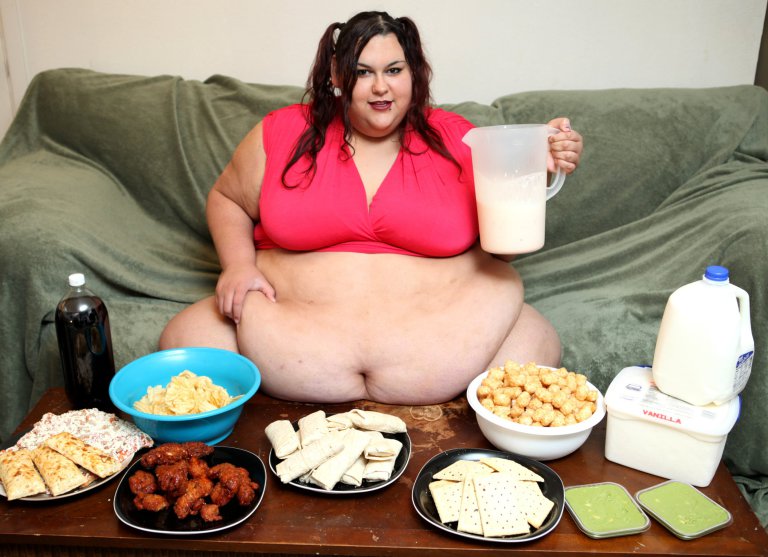 ‘I wouldn’t see caring for Monica as a chore at all. I love her and I love doing things for her – caring for her would be a dream come true.’

To assist Monica with her weight-gain, Sid prepares a special shake for her to drink through a funnel.

Monica said: ‘The funnel feeding is what I really look forward to. I find it to be a very sexual experience and I know Sid likes it too.

And regardless of the health risks of being morbidly obese, Monica and Sid are charging full steam ahead with their mammoth quest.

Monica said: ‘I could get hit by a car tomorrow and my life would be over. At least if I die this way I will have lived out the life I wanted and fulfilled all of my dreams.’

Related Topics:Monica Riley
Up Next