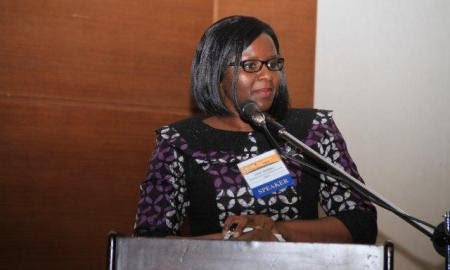 The Special Adviser to President Buhari on Justice Sector reforms and the National Coordinator of Open Government Partnership (OGP), Bar. Juliet Ibekaku- Nwagwu has disclosed how leakages of public funds in states can be blocked through the effort of OGP.

She stated this in a statement delivered on her behalf by Dr. Haruna Abdullahi at the inception visit of the OGP National secretariat to Kano State.

The OGP team which was hosted at the Kano State Anti-corruption and Public Complaints Commission expressed the willingness and availability of the OGP National Secretariat to support the preparation of the state government towards a formal launch of Open Government Partnership.

Already the state government has formally committed to implementing the OGP reforms in the state.

Ibekaku praised the efforts of Kano State government in pursuing policies and programs aimed at improving governance in the state.

In a letter addressed to the Co-Chair of Open Government Partnership in Nigeria and Minister of Justice, Abubakar Malami (SAN), the state governor, Dr. Abdullahi Umar Ganduje, said he was committed to implementing open contracting, open budgeting, tax transparency, improved ease of doing business, anti-corruption among others.

Dr. Abdulahi who is also the Sub-national Adviser to the OGP Secretariat on behalf of Mrs Ibekaku- Nwagwu, expressed optimism at the prospects of open government reforms in Kano State. He praised the level of infrastructure development in the state and attributed it to benefits accruing from the anti-corruption stance of government.

He expressed optimism that OGP
implementation will only complement the efforts that the state government has been making.

He assured that OGP will only help institutionalise the improvements already recorded by the state.

According to him: “I have heard many things about the efforts of this government. The establishment of a state level Anti-Corruption Commission is an important mechanism to curb waste by blocking conduits from where public funds leak.

“I was in Kano a few years ago. As I arrived today, I saw a lot of infrastructural improvement which is a testimony of what happens when public resources are judiciously and efficiently utilized. That is part of what OGP is about”

Another member of the delegation, Mr. Uche Igwe, commended the focal point of OGP implementation in the State and Executive Chairman of the Commission, Alhaji Magaji Muhuyi Rimingado for his courage, tenacity and professionalism.

Igwe said, “I am impressed with the level of work your Commission is doing. The story of your courage and how you have fearlessly chased corruption into the most difficult places, is public knowledge.

“Please keep it up. I am confident that if you extend that level of commitment to OGP implementation then one will expect results in improved service delivery in the state.”

In his response, Mr. Rimingado thanked the delegation for their visit and assured them that he will use his office to support the Governor, to ensure that government activities are open and that citizens understand how they are being governed.

You lied, Buhari did not sideline you – APC carpets Atiku Abubakar