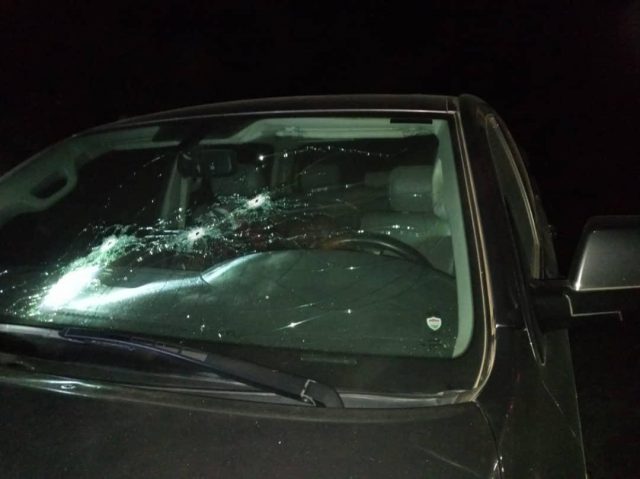 The suspects arrested in connection with the killing on December 18, 2019 of a former Chief of Defence Staff, Air Chief Marshal Alex Badeh, have been singing to the police since their arrest over the weekend.The suspects, who were arrested by the Inspector General of Police Intelligence Response Team, are being interrogated at the Force Headquarters in Abuja ahead of their parade before newsmen.

According to a highly reliable source, the suspects said their intention was not to kill Badeh, but his driver refused to stop when they carried out the attack, leading to their shooting sporadically to stop the Toyota Tundra in which the former Nigerian Air Force Chief was traveling from his farm in Nasarawa State to Abuja.The Inspector General of Police, Ibrahim Idris, had few hours after the murder of Badeh ordered his operatives at the IRT, Special Tactical Squad and the Nasarawa State Police Command to fish out his killers, hence a crack team of operatives was deployed to the forest along Kaduna-Keffi Road between Zango-Gitata and Tudun-Uku Area to fish out the killers, who were believed to be Fulani bandits terrorizing that area.

Badeh was said to be in possession of huge cash which he intended to use for the purchase of another farmland.Some people had knowledge of the cash with the ex-CDs and thus planned the attack to dispossess him of it.A source in Nasarawa State said: “The gunmen were seven in number when they accosted the ex-CDS.

“Some of them were putting on military uniforms, while others were on mufti.“They set up a roadblock and when the ex-CDS got to their location, they flagged him down and the driver refused to stop and they started shooting at the vehicle.

“They injured his driver, killed the General and kidnaped his friend known as Engr. Joseph.“The gunmen made away with the money in the General’s possession.“It’s quite surprising that his military escort following him behind refused to fight back when they attacked the General.”

According to the sources in Nasarawa State, Badeh became a victim of the attack because the man who owned the farm land he had wanted to buy refused to accept the cash from him that evening but asked that it be brought the next day to Keffi town, so he could take it to the bank, adding: “Unknown to these men, one of the middlemen in this transaction had contacted Fulani bandits/kidnappers to attack and rob whoever was in possession of that money, hence they waited in the bush along the Keffi-Kaduna Road for the jeep carrying the money to come.“The middleman has been in the transaction from the inception and he was aware that Badeh was going to pay in cash.”