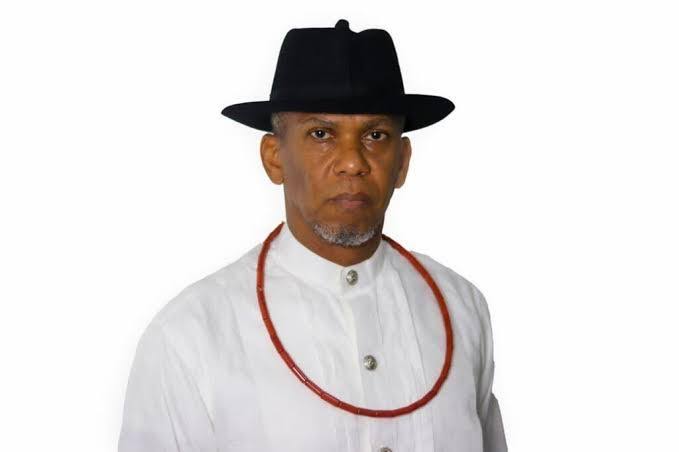 If, indeed, what Urhobo is truly looking for this year is a sustenance of the unprecedented achievements of current Deputy Senate President and All Progressives Congress (APC) gubernatorial candidate for Delta State, Senator Ovie Omo-Agege, then Okakuro Ede Dafinone, APC Senatorial Candidate for Delta Central, clearly remains our one and only option as an ethnic nationality. While Ede Dafinone, a globally celebrated chartered accountant, philanthropist, industrialist and environmentalist of undisputable global repute is also a proven Urhobo patriot of unquestionable commitment to the welfare of the Urhobo people, Chief Dafinone is additionally a technocrat of international standing who brings to the table just what Urhobo needs going forward in the coming dispensation.

Indeed, the Dafinones, both as a family and in their individual capacities, have consistently brought unprecedented global pride and worldwide recognition to the Urhobos, Delta State, our dear Niger Deltan region, our beloved country, Nigeria, the entire African continent and, indeed, the entire black race by becoming the family with the highest number of chartered accountants in one household, a feat of uncommon intellectual and intimidating professional attainment that saw them bringing our tribe and nation untold glory in no less a form than through a most prestigious entry in the Guinness Book of World Records! In the impending election, as Urhobos, we must make a loud and unequivocal statement of rejecting those who have constantly fed fat upon our collective patrimony in the confidence that the rest of us should be satisfied with the crumbs that fall off their lavishly apportioned tables.

While Dafinone has studiously refused to descend into the fray of mudslinging and similar dirty tricks that have been the bane of our politics in this country but has been going about his campaign in his trademark gentlemanly manner, we on our part will do well not to forget what we have suffered for decades now at the hands of those who arrogantly feel that ruling over us is their birthright. When our late brother and great senatorial representative, Senator Akpo Pius Evwerido, passed on unexpectedly, we know who rejoiced and claimed that Evwerido had died because it was time for him “to reclaim his mandate stolen”!

This is the same mandate that Evwerido had conveniently democratically won when he defeated the People’s Democratic Party PDP candidate hands down, given the latter’s wholesale rejection by the Urhobo people for his past arrogance and shameless betrayal of his own tribe! While the rest of us were in the throes of mourning, inconsolable at the passing of a great son of Urhobo, the PDP candidate was celebrating Evwerido’s demise, calling our departed brother a thief and in his usual loquacious and pompous manner, declaring how he was now in prime position to takeover his supposed fellow Urhobo brother’s post!

We thank God he did not succeed at the time and even when he later managed to sneak himself into the Senate, he was quickly booted out by the courts which restored the mandate to Omo-Agege, who has ended up doing us proud again and again in the upper chamber. We have not forgotten the past and we will not forget it now – certainly not when, once again, God has clearly raised yet another man of destiny to represent Urhobo in the Senate of the Federal Republic.

Lest we forget, Ede Dafinone is a Council Member, Institute of Chartered Accountants in England and Wales; Chairman, Institute of Chartered Accountants in England and Wales Members Advisory Board for Africa; a Trustee, Network of Practicing Non-Oil Exporters of Nigeria; Board member, National Film and Video Censors Board; Chairman, Nigerian Conservation Foundation; and Chairman, Manufacturer’s Association of Nigeria, MAN, Export Promotion Group! As if these truly intimidating credentials were not already more than enough, Dafinone is also a Council Member of the World Wide Fund for Nature, WWF, the premier global environmental NGO led King Charles III of England, himself!

Dafinone is a man who rubs shoulders with kings and similar personalities across the world but does not make a fuss about it! We accordingly urge Chief Igoyota Amori of PDP to publish his CV so the Urhobo people can make informed comparison rather than continue to arrogate to himself the right to occupy our one and only senatorial seat as if it is his family’s property and an inheritance from his father.

It is, in fact, quite shocking that Amori even has the nerve to insist he must lord it over Urhobo again having serially stolen or traded away multiple Urhobo mandates to the highest bidder throughout his cash and carry political career. Unfortunately for him, this is the era of BVAS where the people’s votes are counted and truly count at the end of the day.

Urhobos have rejected Amori multiple times before and are determined to do so again on February 25, this year. Indeed, there really is no contest because there shouldn’t be one given the candidates on offer.

While Ede Dafinone didn’t make his name nor his money from politics, we all know where Igoyota Amori came from. Whereas, in Dafinone, Urhobo has a man any of our people can easily approach and be assured to be taken seriously, in Amori, we are confronted with a daily bread politician who is the poster child of all the harm that has been done to our senatorial district, our ethnic nationality, our state and our country by that bastion of parasitic rule and diabolical misgovernance called the PDP.

As Omo-Agege is set to do what it takes to finally retrieve Government House, Asaba, from the brood of vipers that have held our state ransom for a generation, we in Delta Central cannot be the ones lacking in the overall liberation of our dear state. Through Ede Dafinone, the truly blessed Urhobo people of Delta have been presented with a golden opportunity to sustain the sterling representation that has been historically accomplished by Senator Ovie Omo-Agege, the one and only candidate for governorship with a report card of past achievements to present to the good people of Delta State. Our job in Delta Central is therefore quite simple enough; we will move heaven and earth to make Omo-Agege our next governor and Ede Dafinone our next senator.

Umukoro, a commentator on national issues, writes from Abuja.

Najaatu, Najaatu, How Many Times Did I Call You? – Kassim Afegbua