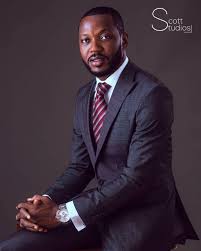 Quam is being tipped by several residents of the city of Epe area of Lagos as the next chairman of Epe Local Government under the All Progressives Congress (APC).

Not a few opinion leaders and politicians in the area are rooting for Quam, who they said has warmed himself into the hearts of the people of the area through his public-spirited activities.

Quam was born in Ebute-Metta, the heart of Lagos Mainland, where he began his elementary education. He is a proper Lagos bred personality, who has spent all his life in Lagos State except for a brief stint to get tertiary education, which took him across the country.

A young Quam started his education at Pampers Private School in Surulere then proceeded to Igbobi College, Yaba.

He later transferred to Epe Grammar School. Prior to his university sojourn, Quam attended the Pre-Varsity Educational Centre in Ilesa, Osun State, where he completed his secondary school education. He later proceeded to the University of Abuja, where he obtained a degree in Political Science.

Quam Animashaun has won several awards for his business prowess, some which include the 2019 MAYA Awards as the African CEO of the Year as well as the 2020 Esteem Awards CEO of the Year. 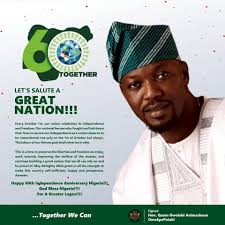 As a philanthropist, Quam Animashaun has focussed on helping the less-privileged in his Epe Community. His philanthropic activity is however, mainly focussed on the education of indigent persons, young people and women.

A courageous youth, Quam has always had an unflinching zeal in the general development of others and he is always eager to see others succeed. He is a politician with a focus to better the lives of the people, especially the women and young people of Epe Local Government Area.

As a pragmatic, charitable and grassroots person. Quam Animashaun sees community service as a veritable tool for social development, especially as regards the youths.

He has structured his life with discipline, integrity, respect, diligence, vision and purpose.

“My pledge to the good people of Epe is a dedication to the development of Epe Local Government Area and Lagos State at large because the greatest wealth is being able to live a life of service to others,” he said.

Quam is happily married to Olufunto, a professional who currently works with Guinness Nigeria, a Diageo company with a presence in Lagos, Nigeria.

She is the Territory Activation Manager. The couple is blesses with kids. Quam Animashaun is one of the sons of Oba Engr. Kamorudeen Ishola Animashaun and Engr. Mrs (Olori) Morenike Animashaun.

A resident of Epe, who gave his name as Babatunde Oluwanisola said, “Quam is a man some of us are rooting for and we believe he has all the qualities we need in a chairman.”