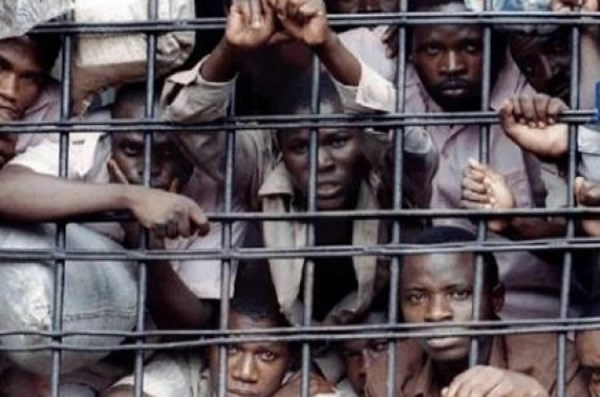 The Nigerian Prisons Service (NPS) says human element, infrastructural gaps and aggression by inmates are some factors that account for jail breaks in prisons across the country.

The prisons’ spokesperson, Francis Enobore, disclosed this in an interview with News Agency of Nigeria (NAN) on Thursday in Abuja.

Mr Enobore admitted that the preponderance of jail breaks in the country was worrisome, adding that the identified elements, including congestion, were responsible for the trend.

“It is true that Nigeria has recorded ugly incidents of jail-breaks. The facts have remained obvious following the scenario where prisons house inmates far beyond their capacities.

“For instance, Port Harcourt Prison was built for 800 inmates, but right now, we have nothing less than 4, 000 inmates in the prison.

“It became evident also where convicted inmates are mixed up with the Awaiting Trial Persons (ATP) that account for about 70 per cent within the prison facility,’’ he said.

He said that the situation had made the system to lose values and grow hardened inmates who pose serious threat to national security.

“With such scenario, disturbances and tension become natural and inevitable within the prison facility,” Mr Enobore said.

He disclosed that the Controller-General of Prisons, Ja‘afaru Ahmed, had ordered the renovation, expansion and construction of facilities, including cells, offices and hostels in the prisons to create enabling environment.

According to him, this will enable officers and men discharge their duties effectively and also meet up with global practice and curb the menace if jail breaks.

“The controller-general had observed that only motivated staff would ensure that such incidents never occur again. He resorted to promoting 14,592 officers and men to boost their moral.

“As I speak, 75 different infrastructural projects are going on to ensure such ugly incident jail-break does not occur again.

”Some of the projects have been completed and others are still under construction,” he said.

The spokesperson noted that manpower deficit in the service had been addressed by the current administration.

“The request of the CGP was granted to recruit over 6,000 personnel into the service to add value to the security architecture as well as promote excellence in the service,” he said.

He assured that the service would not relent in ensuring that the prison “becomes a full correctional system and suitable for prisoners to learn and become useful to the society’’.

He urged the public, including corporate organisations, to invest in prisons, especially in the provision of quality facilities.