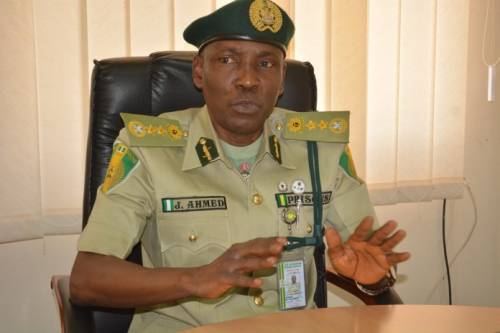 Ja’afaru Ahmed, Controller-General of the Nigerian Correctional Service, has said that they have no plan on arresting investigative journalist, Fisayo Soyombo, for revealing the corrupt activities going on in the Ikoyi Prison.

The CG said this in reaction to reports that efforts were ongoing to arrest of the journalist.

He said, “The Service has no intention of arresting or harassing the journalist over his alleged findings.

“We look forward to more constructive engagement with the media and the general public with a view to strengthening the implementation of the Nigerian Correctional Service Act, 2019.”

The CG added that a panel had been instituted to commence full investigation to unravel corruption going on in the Ikoyi Prison.

He added that the service was willing to work with the general public as well as relevant stakeholders in the justice sector to actualise the policy objectives of transforming the Nigerian Correctional Service into a modern reformatory institution that operates in line with best international practices.

Fisayo, in his undercover report, spent two weeks in detention — five days in a police cell and eight as an inmate in Ikoyi Prison — to track corruption in Nigeria’s criminal justice system, beginning from the moment of arrest by the police to the point of release by the prison.

Osinbajo: We Must Love Our enemies, Pray For Them As Faith Dictates