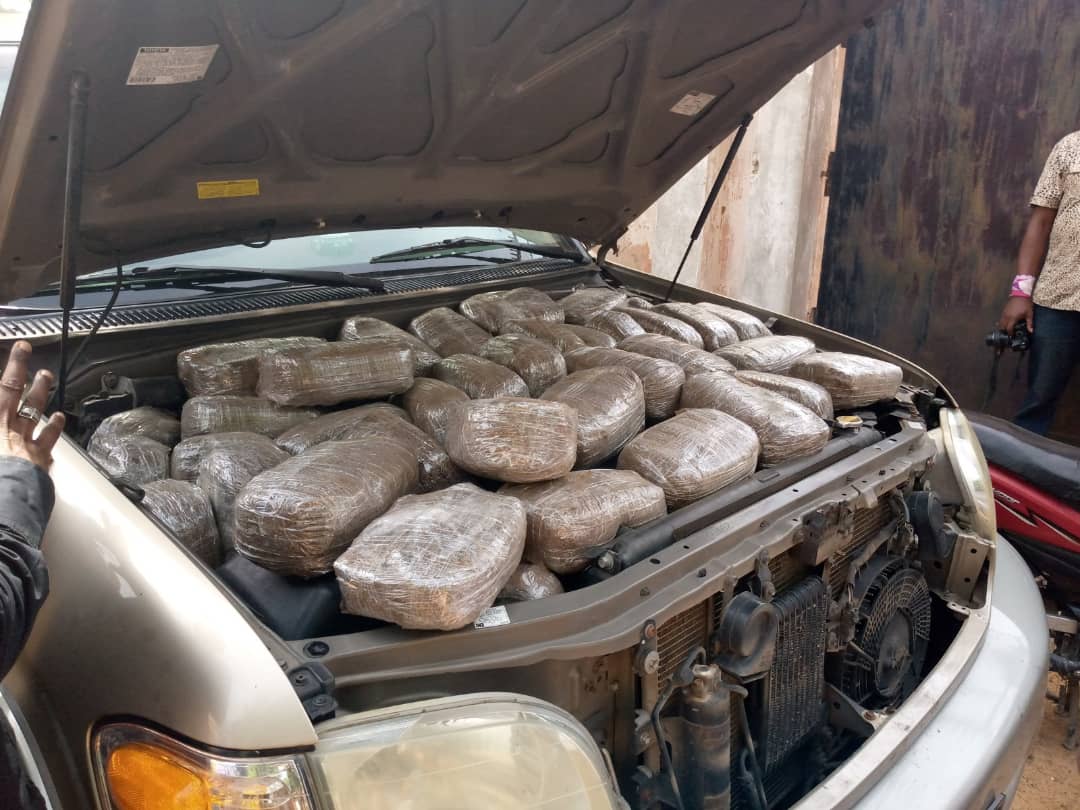 The Kano state commander, National Drugs Law Enforcement Agency, Dr Ibrahim Abdul says his agency has made a noticeable, concerted endeavors in making seizures of illegal drugs and arresting the peddlers, in an all-out-war to get Kano rid of drugs abuse and all it ramifications.

Dr Abdul made the proclamation, on Thursday during press briefing in Kano to mark this year’s commemoration of International Day Against Drug and Illicit Trafficking with a theme ” Better Knowledge for Better Care”

He said the day emphasizes the need to improve the understanding of the world drug problems and how in turn, better knowledge will foster greater International cooperation for countering its impact on health, governance and security.

Dr. Abdul added that the command has recorded huge success with regard to arrest and seizures, whereby various mode of concealment were luckily unearthed, which includes;
A seizure of 9kg Arizona.
A seizure and arrest of vehicle fully loaded with compressed suspected dried weed of cannabis sativa weighing 383kg were recorded at Wudil on transit to Bauchi.
Dr. Abdul asserted that, syndicate of drug Baron dealing with cocaine was unbundled by daring agency’s team, where 2 suspects were apprehended, a male and female caught up with cocaine weighing 100 grams.

“Worthy to note that, a concerted sting operation was conducted along Kano-Zaria road, where a Toyota Jeep was intercepted with 300 blocks of compressed Cannabis Sativa weighing 223 grams” Abdul says triumphantly.

The NDLEA, Kano commander emphasized that during the year under review his command made a seizure various illegal drugs ranges from Cannabis Sativa, Psychotropic, Cocaine and Heroine which accumulatively weighing 7,873.937kg.

” From June 2019 to date 549 male and 16 female were aressted, totalling 565, While eighty-five convictions were secured and seventy-six pending cases, he said.

Dr. Abdul Ibrahim said the period witnessed and enjoyed appreciable synergy between the command and other sister security agencies towards making arrests and seizures of illegal drugs.

Adding that the Covid-19 pandemic take it’s toll on the operational activities of the command, over 1.6 tonnes of various illegal drugs we’re seized during the period.

Despite the financial and logistics challenges face by his command which needs to be surmounted, Dr. Ibrahim Abdul concluded that fighting drug abuse and and trafficking is a collective effors, which he said all hands must be on deck to eradicate the menace considerably.