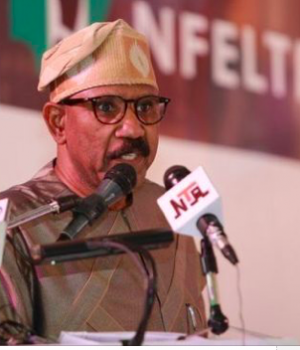 Sen. Olorunibe Mamora, minister of state for health, says the federal government will evacuate Nigerians living in Wuhan, China if the need arises.

Mamora said this on Monday while addressing a press conference after a meeting with ministers of health of the Economic Community of West African States (ECOWAS) in Abuja.

The meeting was on the region’s preparedness and response to the Covid-19 (Coronavirus) outbreak.

Lai Mohammed, minister of information, had said there were 16 Nigerians in Wuhan and that they had not shown interest to return home.

But some Nigerians living in Wuhan countered the minister’s statement, saying there were about 60 of them in the city and appealed to the federal government to evacuate them from the country.

At the news conference, Mamora said it is not a time for fear or stigmatisation but for science.

“Chinese government is testing everyone that is trying to leave China to ensure that they don’t go and spread the virus to anyone.”

Also speaking at the conference, Stanley Okolo, director-general of the West Africa Health Organisation (WAHO), said the region needs to be ready to curb the spread of the virus.

“This is not only the fight for government. The devastation of this epidemic affects everybody,” Okolo said.

“In our estimate, we think it will be in the region of $30 million to $50 million to be sure that we can create headway in terms of critical personal protection, laboratory supplies and others and in terms of communication and coordination across borders.”

How to defeat Boko Haram – IBB