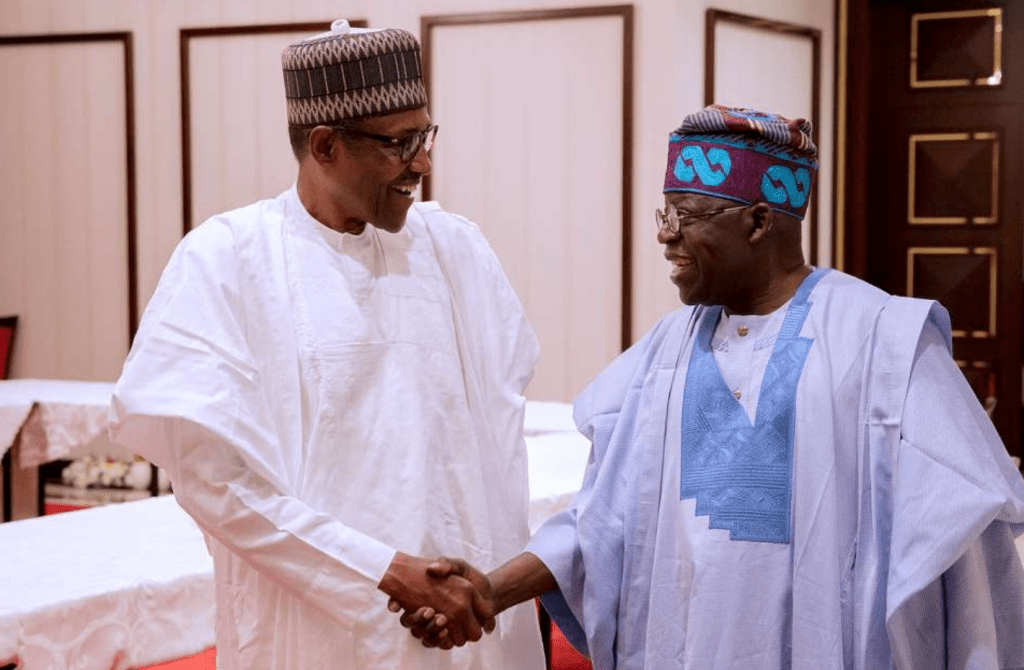 All Progressives Congress (APC), National Stalwart and Co-Chair of the party’s Presidential Campaign Council, Asiwaju Bola Tinubu, has assured President Muhammadu Buhari that the campaign council has accepted the assignment given by him (President Buhari) and will not let him down “because doing so would also let down the nation”.

Tinubu has therefore rallied members of the campaign council with Minister of Transport, Hon. Rotimi Amaechi, as Director-General, for the task ahead.

In a statement entitled: “We Accept President Buhari’s Assignment,” signed by Asiwaju Tinubu and released on Tuesday in Abuja, he said the Peoples Democratic Party should not be allowed to return to power and “return to the days where they rule the nation like overlords.”

The statement is as follows: “The 2019 APC Presidential Campaign Council has been inaugurated by President Buhari. In his speech at the inaugural meeting, he did more than offer us guidance on the campaign. In his straightforward manner, he outlined the achievements of his administration, reminding the nation of the pillars of progressive governance and of our party.

“I think I can speak for all members of the campaign council that we accept the assignments given by the President with devotion and a firm commitment to perform to our utmost the individual and collective tasks given. It is a great honor and responsibility he has given us. We dare not let him down because doing so would also let down the nation.

“This election concerns more than two competing personalities and political parties. It is a contest between two different visions for the country and the futures these visions portend. The APC seeks a better Nigeria by reforming our institutions of governance that these institutions may better implement policies engendering dynamic economy development. We seek not only growth but also a fair and just allocation to all segments of society of the harvest of our national endeavors. Let no Nigerian be forever trapped in poverty and despair. Let all Nigerians be given the genuine opportunity to realize their full potential and contribute to this nation and their own lives as much as their talents and willpower permits of them. We build a Nigeria where government leads the nation but does not rule over the people.

“On the other hand, the PDP pushes toward a future that takes the nation back to the malpractices of the past. Blind to the possibilities of a better day and afraid of the equality that true reform will bring, the PDP remains vested in the ways of corrupt governance and arrogant disregard for the public. For them, the unjust past is not just the object of their dreams; it is their sole destination.

“Thus, this election is about two different policy visions and two different models of leadership. This election is about substantive issues and about character. The APC will continue to build a political economy that will well serve Nigeria long after oil revenues are no longer sufficient to sustain the nation and its ever-growing population. We are diversifying the economy, giving basic food, health and educational assistance to the most needy among us, improving agricultural productivity so that our farmers grow more to feed for increasing urban populations and also earn more to sustain their families, and about building needed infrastructure, including electricity and water, because we realize a national economy cannot grow beyond the capacity of the infrastructure that serves that economy.

“Meanwhile, the PDP clan wants to return to the days where they rule the nation like overlords. They want to own every industry and control everything that has anything to do with the creation of wealth. They seek to reverse the democratic maxim that government is the servant of the people. The PDP wants a situation where those in government are the masters while the people bow their heads to the interests of the mighty and the rich. We have seen this before. Those who really care about Nigeria care not to see such malign governance again.

“When Buhari says “yes” or “no,” you know where he stands. He means what he says, no more, no less. With Atiku things are more nuanced. When Atiku speaks, he may mean “yes,” “no,” “maybe,” I don’t know,” “come back tomorrow,” “all the above,” or “none of the above.” His compass has four needles pointing in different directions as the same time. He knows of no direction to take. President Buhari’s word is his bond. When Atiku speaks, it is to give you the slip.

“We cannot afford a President whose ways and mind is a maze of contradicting urges and colliding desires. This shows he has no vision for the nation and no guiding principles except the naked pursuit of power for the naked use of that power. Atiku had his chance to shine as VP when he controlled the privatization program of the Obasanjo government. He abused this assignment. He helped squander billions of dollars on power generation that did nothing but extend our national the darkness.

“That government had so much money at its disposal and that is exactly what it did. It disposed of the money yet failed to treat the poor or build for the future. Atiku laid waste to the national treasury for eight long years. That is enough for one lifetime. We should not reward him by giving him another eight years because the more he feeds, the stronger his hunger grows.

“His is a thirst that can’t be quenched and a hand that cannot be restrained from taking whatever is on the table. As the PDP candidate, he is now the leader of a avaricious horde that seeks to reattach its mandible once again to the public wealth and forever lay siege to our nation’s future. Nigerians would do well not to pay them any attention.

“Consequently, the members of the APC presidential campaign council accept our respective assignments as both high honor and heavy responsibility. We will work diligently to reelect President Buhari. We do this not for personal accolades. We do this not merely to reelect a party member. We do this because it is the best thing for Nigeria.

“The campaign has begun!”

Look for something else to sell your candidacy, Lagos not in bondage, Razak tells Agbaje, others