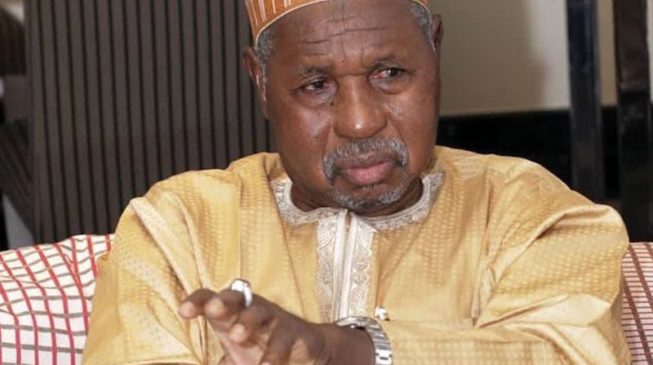 Aminu Masari, governor of Katsina, has warned non-government organisations (NGOs) against going into any of the internally-displaced persons (IDPs) camps in the state.

Masari, who spoke at the army special super camp IV, Faskari, on Monday, said the state has the capacity to take care of the displaced persons.

Explaining the reason for his decision, the governor said he wants the displaced persons to return to their homes because their continued stay at the camps creates opportunities for bandits to attack.

“We will not allow these NGOs under whatever guise into our IDPs camps,” Masari said.

“We know that the fight against bandits and banditry is not over, but we can handle our displaced persons adequately because we have sufficient food, clothing, shelter, and security for them while we strengthen efforts in restoring security for them to return to their respective homes.

“We want the IDPs to return to their homes as soon as possible because leaving them at the camp is what is giving opening for those wanting to prolong banditry.”

The governor said the government needs to take more administrative actions that will end insecurity.

He said the state government is looking into ways of recreating local security council to address the challenges of banditry.

“My own thinking is that the local government reforms of 1976, which has taken all authorities from local institutions and vesting it on nobody.

“This village security council also can stray down to remote and smaller areas so that we can have those that can be held responsible.

“We believe also that future dialogue should be conducted in each and every village by these community council.

“I think it will help greatly because the military is working very hard to restore normalcy but after that, we need to maintain and sustain peace in the villages  and communities.”

In 2019, the army shut down the offices of some NGOs, accusing them of providing humanitarian support to insurgents.

ADC chairman to Buhari: There’s a thin line between oppression and revolution