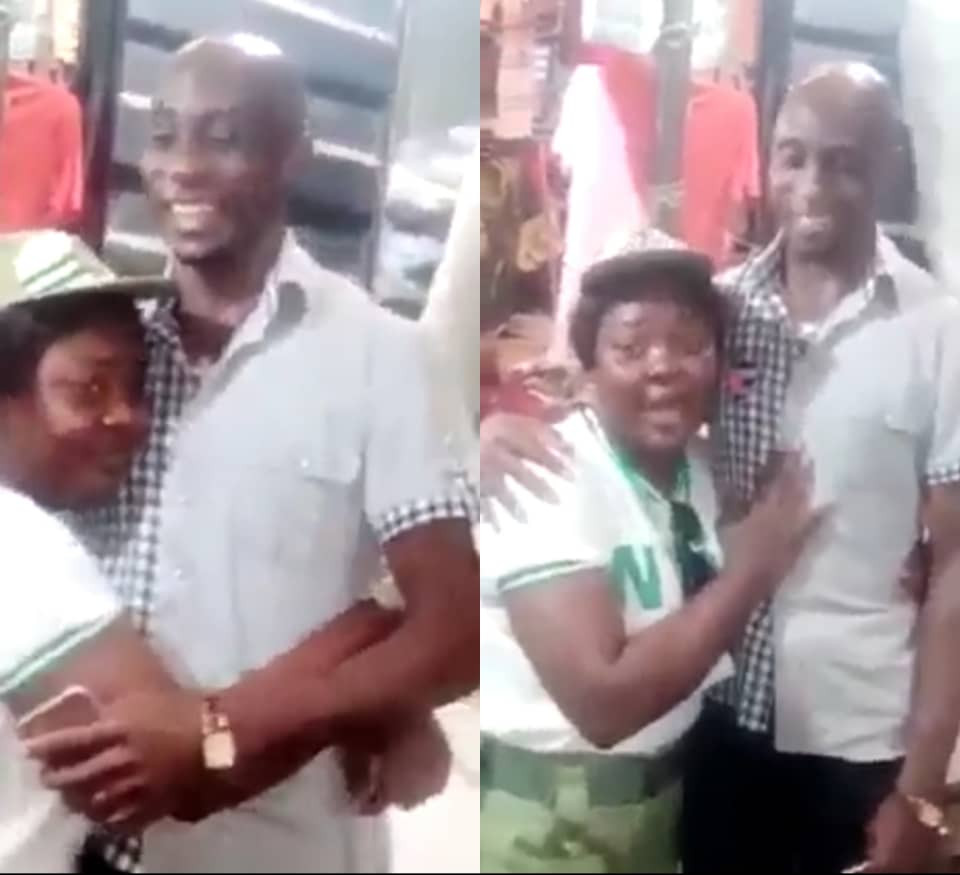 A video of a member of the National Youth Service Corps, NYSC reporting to pay homage to her elder brother has provoked emotional reactions from several quarters.

The corps member named Esther in her narration praised her brother who she said dropped out of school after they lost their father 11 years ago to cater for the needs of his younger ones. According to her he made the sacrifice so that she and her brothers could go to school.